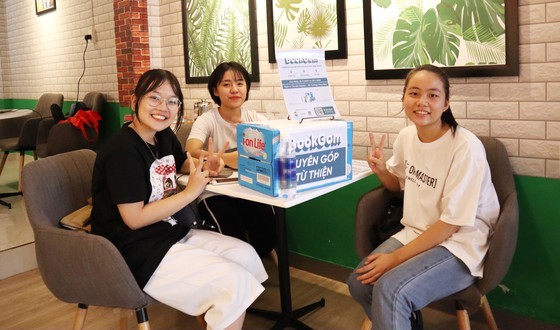 Virtual book groups spread love for books in Vietnam
Established in August 2016, the group of book lovers has 108,000 members at present with its administrators living and working in many different places such as Ho Chi Minh City, Hanoi, the Central City of Da Nang, and the Northern Province Thai Nguyen. The group was created to connect book lovers across the country, so they can share their favorite books.
"There are many other groups such as the group that loves detective stories, the group that loves classic literature, meanwhile members of the group can love all kinds of books," said Thien Tu, one of the book lover group admins.
Just being established more than one year, the group of classical literary book lovers has gathered more than 25,000 members. According to the group administrator Nguyen Hoai Cuu Duc in the Central Province of Thua Thien - Hue, the group was established simply to create a place for people who love literature to exchange and discuss issues relating to literature; thereby, spreading passion and love of literature to everyone, especially young people.
In addition to its fan page and some platforms such as Instagram, Twitter, Tumblr, YouTube, Tiktok, Nha Nam Publishing, and Communications Company established the group Nha Nam Reading Club with nearly 100,000 members. Although it is a group established by Nha Nam, readers can still exchange and recommend books published by other publishing houses.
Deputy head of the Nha Nam Communication Department Dao Phuong Thu revealed that a few years ago, Nha Nam intended to build several platforms to connect with readers in addition to the main fan page.
In addition to the above groups, readers or book lovers can easily join other reading communities including the group of literary book lovers with more than 8,000 members, the elite reading community with 72,000 members, the group of detective story lovers with nearly 33,000 members. According to Ms. Thu, the birth of many reading groups has shown a good sign that readers have space to share knowledge and exchange interesting things. The spread of book groups has certainly contributed to reading promotion.
Except for the group of Nha Nam and Alphabook publishing houses, most groups are created by readers themselves; they are non-profit groups. These groups have been organizing practical activities for readers. For instance, member Huy Truong of the group book lover updates new books which are compiled from book publishing or business units for readers' reference every month.
Huy Truong said he has initially just compiled new book news to share with other book lovers, so I didn't put too much emphasis on the content. But later, this general news item has unexpectedly become a special attraction of the group. Currently, there is a diversity of book genres to meet the needs and common tastes of the group members,".
The positive impact on reading culture as well as on publishers from online reading communities is inevitable. Ms. Thu said, "Nha Nam Reading Club" is currently considered as Nha Nam’s baby. Accordingly, members’ feedbacks including copyright purchase to feedback on editing or delivery errors are recognized by Nha Nam.
Their feedbacks will be corrected immediately, especially comments on Nha Nam’s book covers.