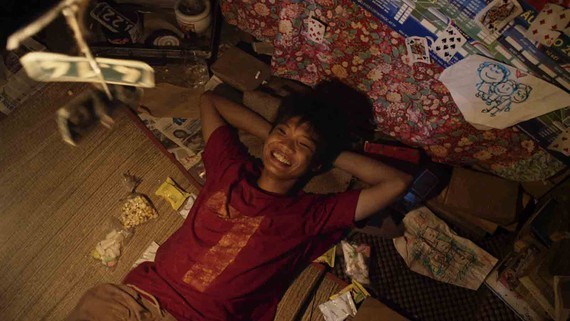 A scene in the film , "Rom" (Tick It) by Tran Thanh Huy
The event is organized by the Faculty of Literature and the Faculty of Korean Studies under the HCMC University of Social Sciences and Humanities with the support of the King Sejong Institute which is the overseas educational institution of the Korean language and Korean cultures.

The event will present popular movies from the two countries, including “Nguoi moi gioi” (Broker), "Rom" (Tick It) , "Trang noi day gieng” (Moon at the Bottom of the Well), Pawn, Decision to leave, "Nhung Thang Nam Ruc Ro" (Splendid years); and create a chance for young people who have a love for Vietnamese and Korean people, languages and cultures to enjoy films and take part in exchanges with film experts, researchers and filmmakers.
Director Nguyen Vinh Son, Nguyen Quang Dung, Le Binh Giang, Mai Vu, American filmmaker Aaron Toronto, Seung Jin Jang, writer Tran Thuy Mai, and scriptwriter and actress Nha Uyen will join the event.
“Rom” (Tick It) by director Tran Thanh Thuy received the CJ Entertainment Award with a grant of US$10,000 at the 23rd Asian Project Market (APM) of the Busan International Film Festival 2020. Director Tran Thanh Huy previously won the “New Current” prize at the 2019 International Busan Film Festival for the movie. The film had a box office record of VND55 billion (US$ 2.3 million) after its premiere in the country within 10 days since September 25.