It is the 19th year in a row Vietnam has set up a pavilion in the “longest beer garden in the world” recognised by the Guinness World Records.

The 2.2-km garden stretches along the Karl Marx Allee, the largest boulevard in Berlin, offering about 2,400 kinds of beer from 320 breweries from all over the globe.

This year, Vietnam has brought to the festival the country’s popular brands, including Saigon, Hanoi and Truc Bach, alongside the country’s culinary specialties and craft products. Vietnamese dances and music are also introduced to locals. 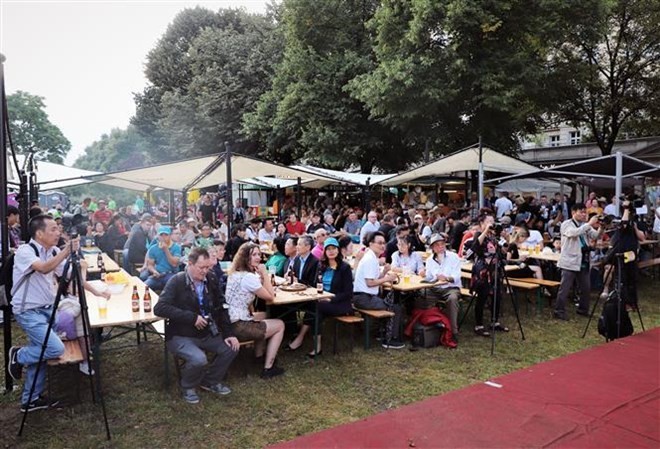 He added that in 2020, the company will arrange various activities to commemorate the 20th year of Vietnam’s presence at the festival.

The annual three-day festival is expected to welcome about 800,000 visitors this year. Like the world’s largest beer festival Oktoberfest annually held in Munich, Germany, the International Berlin Beer Festival is a big event in the European country to promote the beer industry.