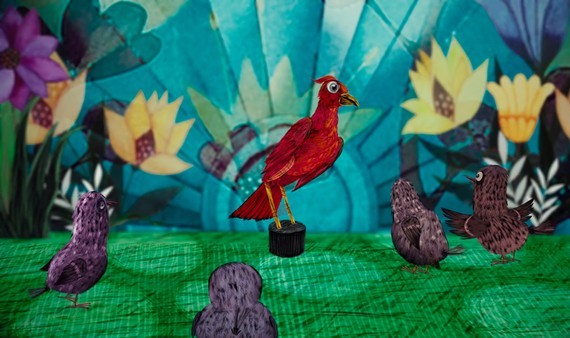 Animated movies ranked 2nd among the categories with the largest number of submissions in the 22nd Vietnam Film Festival.
Chairwoman of the board of directors of the Vietnam Animation Joint Stock Company, Tran Thi Thu Hien said that the company has prepared an animation project and planned to kick off the work in 2023 and release the movie in 2025.
In 2028, Director Dinh Kieu Anh Tuan announced a project of an animated feature film titled Hanh Trinh Nhan Qua (A journey of causality) that was set to make its debut in the 2020 summer. But the film is still under production due to some changes in strategy and the ongoing pandemic.
In May, the Cinema Department, under the Ministry of Culture, Sports and Tourism has organized a contest to search for 90-minute animated film scripts. The competition is expected to create a source of animated film scripts for the animated film production plan in the 2023-2025 period. The award ceremony will take place in December.
According to Ha Huy Hoang, co-founder of the DeeDee Animation Studio, there is a lack of animation movies served for Vietnamese audience. The country's filmmaking teams have mainly worked in foreign investment projects.
Co-founder of the Colory Animation Studio, Doan Tran Anh Tuan said that a very limited number of animation films can not meet the audience’s demand.
The Vietnamese market currently has three areas of animation production, including state-owned agencies, units making movies based on the target volume and studios focusing on building the environment and production process of high-quality products that are not least to international films.
The animated movie production scene in Vietnam have not got any pioneers yet to lay the foundation for a professional production process, said director Le Huy Anh.
The country’s animation industry must have the pioneering works in order to attract foreign investors to pour capital into projects while the local filmmaking crews need to take times and concentration to produce a great movies, stressed insiders.
It needs many conditions to produce an animated feature film, including best script, skilled human resources and advanced technology, added Chairwoman of the board of directors of the Vietnam Animation Joint Stock Company, Tran Thi Thu Hien.