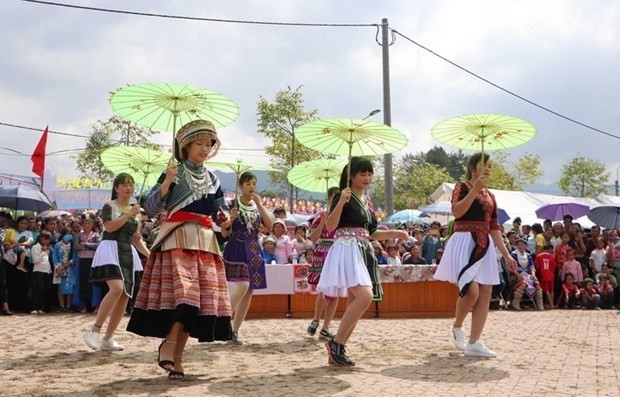 These activities will see the participation of over 200 artists and people from 17 ethnic minority groups such as Pa Then, Cor, Nung, Tay, Mong, Dao, Muong, Thai, Kho Mu, Ta Oi, Bahnar, Xo Dang, Co Tu, Gia Rai, E De and Khmer.
Artists of the Vietnam Circus Federation are expected to entertain children with attractive performances on the occasion of the mid-Autumn festival which falls on September 10 this year.
The September activities will be divided into two major parts featuring the cultures of the northeastern region, with the highlight being a mountainous market of Tuyen Quang province, and the Central Highlands region.
Vietnam is home to 54 ethnic groups, each of which has its own unique cultural identity. At the Vietnam National Village for Ethnic Culture and Tourism, ethnic minority people join State agencies and experts in preserving and introducing their communities’ cultural values to visitors.
The village has a total area of 1,544ha with seven functional zones. Among them, the zone for ethnic minority villages is considered the heart of the village.