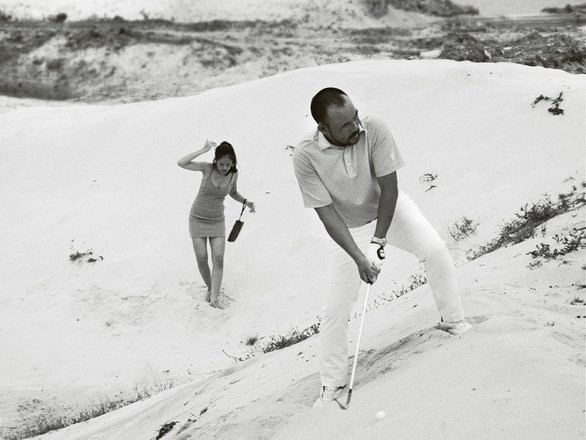 “Blessed Land”, a short film by director Pham Ngoc Lan is selected to screen at Berlin International Festival in 2019. (Photo: phunuvietnam.vn)
It aims to providing basic knowledge for developing short film projects, finding suitable production processes and orienting careers for young filmmakers.
The course will be conducted online in this October, with the participation of many well-known domestic and foreign directors and filmmakers include directors Pham Ngoc Lan, Truong Minh Quy, Bui Kim Quy, Trinh Dinh Le Minh and Thai director and film producer Pimpaka Towira.
To join the course, young filmmakers should submit proposals for a feature film, documentary or hybrid project. Each selected project will have a maximum of two team members participating in the course.
In addition to gaining knowledge, the projects taking part in the course will have the opportunity to receive two cash prizes of US$1,000 each, two packages of camera and lighting equipment from sponsor HKFilm and an audio post-production package from sponsor Wallsound.
During the course, trainees will study about international film festival system, get an overview of domestic and international cinema, the update new filmmaking trends, improve skills as well as directing and film production process. They also have a chance to learn from famous filmmakers.
Director Pham Ngoc Lan graduated in architecture majoring in urban planning before becoming a filmmaker. His cinematography is a harmonious blend of emotion and intelligence, sincerely and diligently cultivates thoughts about life.
He was named the best young director (under 30) at the fourth Hanoi International Film Festival in 2016 for his film Mot thanh pho khac (Another city).
Some of Lan’s films have been selected to screen at international film festivals including Berlin Film Festival or Visions du Réel (Swizerland).
Pimpaka Towira is recognised as a pioneer of the Thai Independent film scene. She has more than 15 years of experience of organising film festivals. She was programme director at the Bangkok International Film Festival in 2001, 2008 and 2009, and programme director at the Bangkok ASEAN festival from 2015 to 2017.
The course is part of the E-MOTIONS project that contributes to the promotion of networking and creative environment design for filmmakers by UNESCO and its partners with support from Japanese Trust Fund.