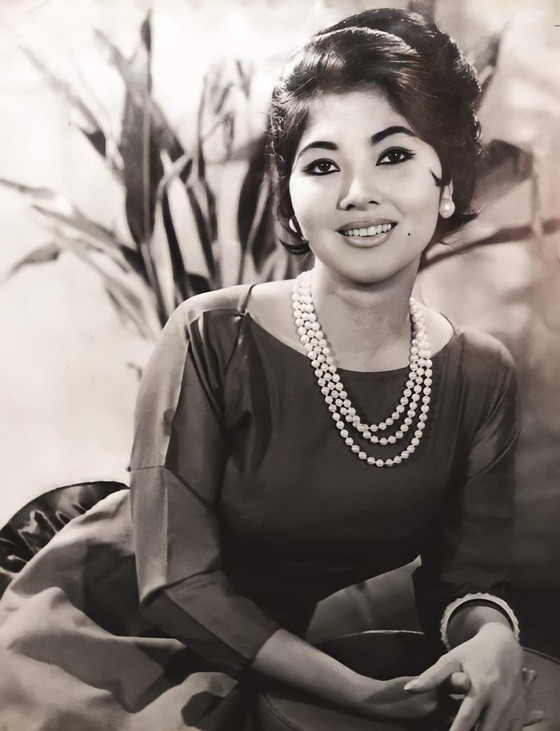 Tham Thuy Hang-legendary actress passes away at 82
According to a representative of the Ho Chi Minh City Film Association, the actress's children are currently returning from the US for her funeral ceremony. Official funeral information has not been announced.
Tham Thuy Hang, whose birth name is Nguyen Kim Phung, was born in 1940 in the Northern City of Hai Phong, emigrated to Southern Vietnam a year later, and grew up in the Mekong Delta Province of An Giang. After finishing elementary school, she went to Saigon (Ho Chi Minh City) to live with her sister for the continued pursuit of high school.
At the age of 16, famous as a beauty among students, she didn’t tell her parents to participate in casting from My Van Picture and won the first prize. Since then, the owner of this studio gave her the stage name Tham Thuy Hang.
At the age of 18, when she first hit the cinema with the role of Tam Nuong in the movie Nguoi dep Binh Duong (Binh Duong Beauty). The film was a success which brought her instant fame from the audience for not only her beauty but also her brilliant performance. The name "Beautiful Binh Duong woman" is also associated with her since then. In addition, she is also famous for her role as Zhi Nu in the movie Niu Lang Zhi Nu.
After becoming a famous star, she appeared in several dozen different films and enjoyed the highest pay of the time. It was revealed that she was once paid a million dong for a role (equivalent to 1kg of gold at that time).
In 1969, she founded a film studio of her own name, later changed to Vilifilms with a number of outstanding works such as Chieu ky niem (Afternoon of Memories), Nang (the Lady), and Ngam ngui ( Pity).
She has starred in many movies, some of which were co-produced with companies in Hong Kong, Taiwan, Korea, India, Thailand, Singapore, and Indonesia and attended many film festivals.
Tham Thuy Hang not only starred in movies but also played in theater and cai luong (Vietnamese traditional opera). The Tham Thuy Hang theater group used to be one of the most popular theater groups in Saigon at that time with the plays such as Nguoi me gia (Old Mother), Suoi tinh (Love Stream), and Doi mat bang su (Porcelain Eyes). On the Cai Luong stage, Tham Thuy Hang was also highly appreciated for her role as dancer Cam Le in the play Bong chim tam ca by Thanh Minh - Thanh Nga troupe.
After 1975, Tham Thuy Hang decided to stay in Vietnam. She continued to participate in revolutionary films such as Nhu the la toi ac (Such is a crime), Ngon lua Krong Jung (Krong Jung flame), Ho so mot dam cuoi (A wedding record).
During her acting career, she won several awards namely the title of Miss Photo of Asia (1964), Best Actress of Asia Award at the Taipei Film Festival, Asian Best Actress in the Asian Film Festival held in Hong Kong and Taiwan (1972-1974), Kim Khanh Award (national best actress - 1973), most lovable actress at the Moscow Film Festival and Tasken in the Soviet Union 1982.
Tham Thuy Hang's last role was Phon Yi in the play "Loi Vu" by the Kim Cuong troupe. After that, she chose to stay hidden and live a quiet life before her death.