A series of cultural activities , such as traditional art performance, folk sport and games, trade fair, national petanque competition, promoting linkage between production and consumption for One Commune One Product (OCOP) products.
The highlight of the event was a traditional boat race on Maspero River with the participation of more than 3,000 athletes of 47 teams from southern provinces and cities.
The Ok Om Bok celebrations, also known as the Khmer Moon Thanksgiving Ceremony, fall on the 15 day of the 10th lunar month. It is a time for the Khmer to show their gratitude to the Moon Goddess for giving them a bumper harvest and rich aquatic sources.
The Ministry of Culture, Sports and Tourism announced the recognition of the Ok-Om-Bok festival as the 4th national intangible cultural heritage in 2014. 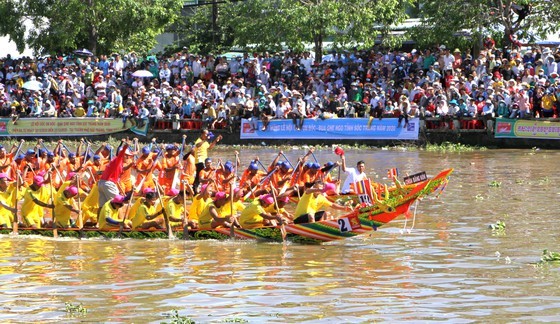 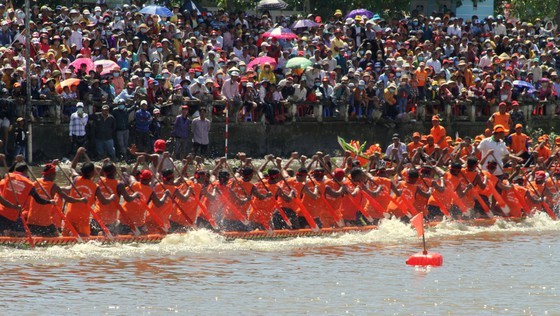 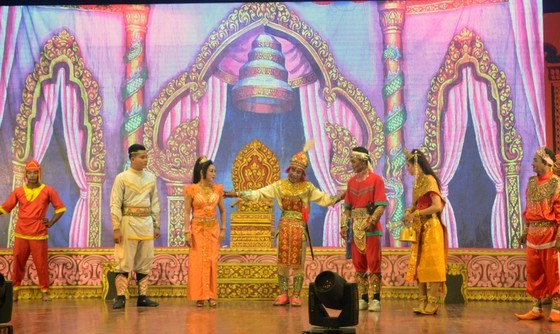