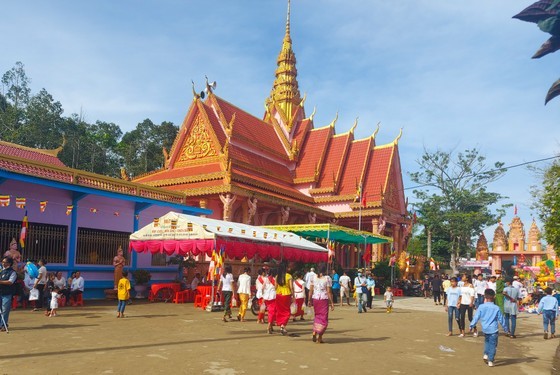 People are in new clothes to go to the temples to enjoy the festival
With the theme 'Unity, promoting internal strength, integration and development', the Sene Dolta (grandparents worship) ceremony in 2022 of the Khmer ethnic group in Soc Trang province took place in a joyful and warm atmosphere.
In the context that the Covid-19 epidemic has been well controlled, at Khmer Theravada temples, the festive atmosphere is bustling and jubilant.
The more than 140-year-old Pothi Thlang temple, as well as many other temples of the Khmer people, are lavishly decorated with flags, flowers and the bustling sound of a traditional five-tone orchestra.
Khmer people cleaned their houses and altars of ancestors and cooked many traditional dishes to offer to grandparents and ancestors. Old people and children were all in new clothes to go to the temples to enjoy the festival.
Speaking at the ceremony, Chairman of Soc Trang provincial People's Committee Tran Van Lau sent his warm greetings and best wishes to dignitaries, monks, officers, soldiers, and all Khmer compatriots for a happy Sene Dolta celebration.
He said that in the first nine months of the year, the province's socio-economic situation continued to have many positive changes with many achievements; some of them exceeded the plan. Local Khmer people’s living standards have improved much more than before, especially the rate of poor households among Khmer people has decreased to only 2.52 percent; the face of rural areas with a large number of ethnic minorities has been constantly renewed.
The Chairman called on dignitaries, monks, and Khmer people to continue to promote the spirit of solidarity, self-reliance and join hands with the provincial Party committee and government to effectively implement socio-economic development goals.
On this occasion, the provincial Party Committee, People's Council, People's Committee, and Vietnam Fatherland Front Committee presented 20 charitable houses each worth VND50 million to Khmer ethnic people in dilapidated houses. At the same time, many gifts were given to Khmer households who are enthusiastic about doing business and trying to escape poverty. 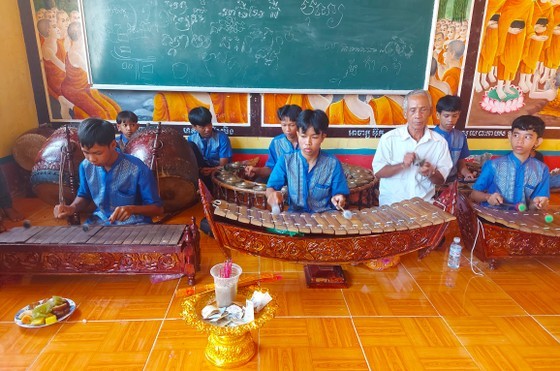 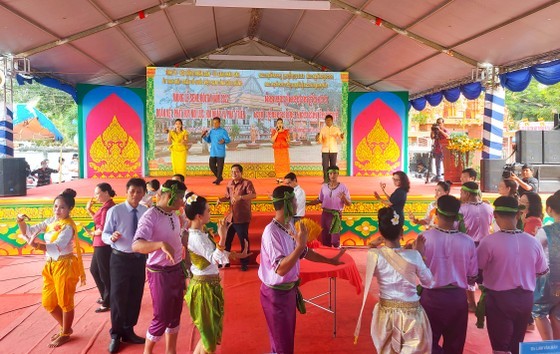 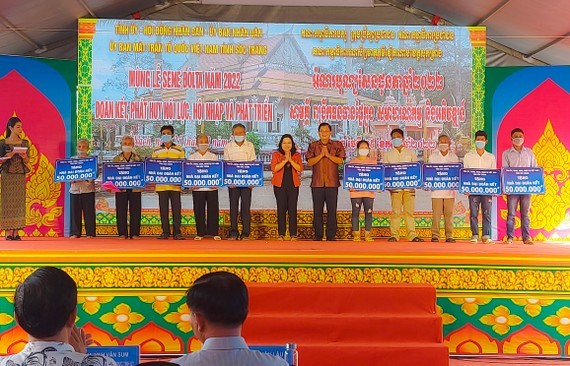