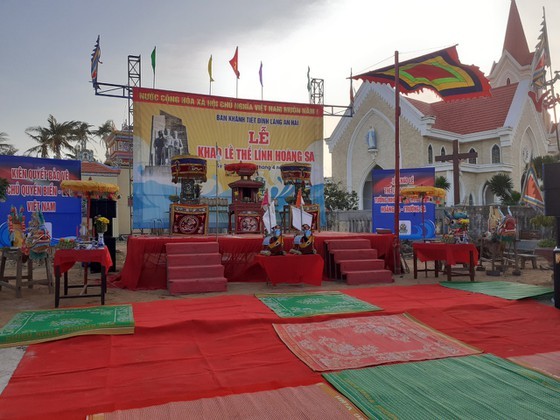 Tribute ritual is held to commemorate Hoang Sa soldiers.
The event included a traditional offering ritual, the garlands and model wooden boats carrying soldiers and sailors out to sea.

The traditional ceremony held annually for hundreds of years on the island is a tribute to the sailor-soldiers who sacrificed their lives for the country and symbolize Vietnam’s sovereignty over the Hoang Sa (Paracel) archipelago.
About 3-4 centuries ago under the Nguyen Lords’ mandate, 70 of the island’s best seafarers were chosen to safeguard their homeland’s maritime rights and explore the East Sea every year. In mid-sixteenth century, the Hoang Sa Flotilla was established to conduct marine patrol and control, exploit marine products and collect ship-wrecked cargoes floating to Hoang Sa and Truong Sa areas.
Ly Son Island, a tranquil destination 30km off Quang Ngai Province's coast, is home to about 2,100 residents. Most make their living fishing, and farming garlic and spring onions. Ly Son Island has been emerged as an attractive tourist destination in recent years because of the wonderful natural beauty. 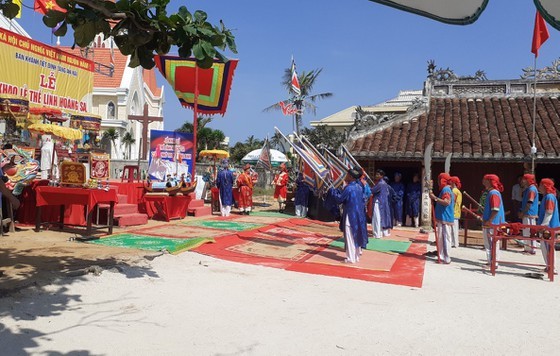 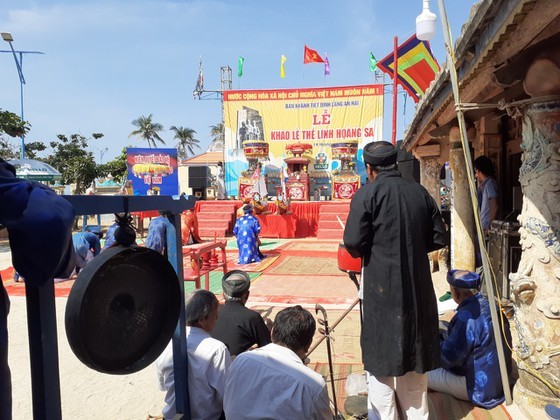 The traditional ceremony is held annually for hundreds of years.