“The Red-shanked douc langur was recognized as the queen of primates with 5 colors on their body. In 2016, scientists agreed to raise up the conservation level of this species from Endangered (EN) to Critical endangered (CR) in IUCN Red List and need to be protected strictly. In Son Tra Peninsula, Da Nang, there are about 300 individuals of this species left, with some interesting facts: Live in family with a unit of 5-7 individuals and only one adult male in each family.”
In July, the exhibition was held in Nghe An Province to call upon the people to conserve the red-shanked douc population on Son Tra. 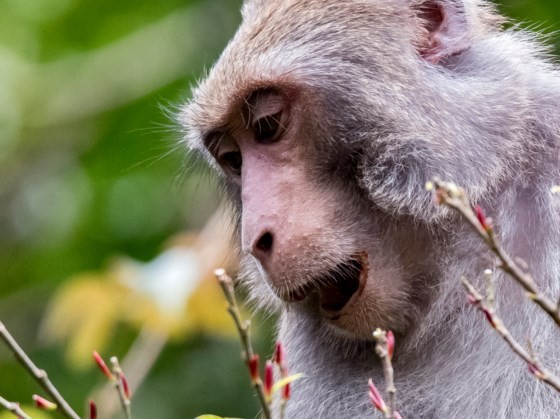