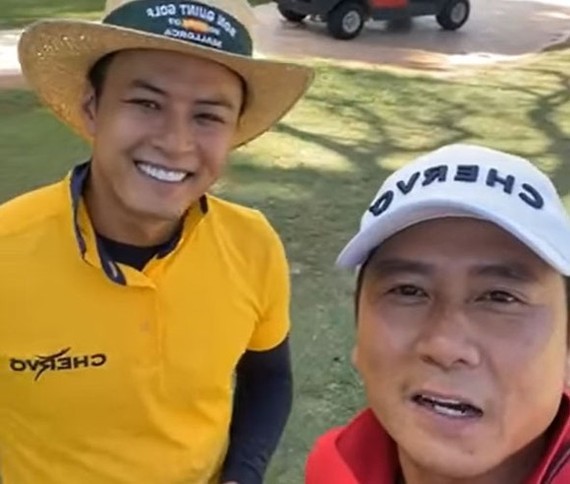 Actor Hong Dang (L) and musician Ho Hoai Anh were involved in the sexual assault of a 17-year-old British girl in the Andratx region of Mallorca, Spain.
Meritorious Artist Co Huy Hung, head of the Department of Traditional Music of the Vietnam National Academy of Music said that the school will apply disciplinary measures to Ho Hoai Anh in accordance with the Law on Public Employees and launch official information after a working session with the musician who is currently a lecturer in the academy.

Meanwhile, actor Hong Dang will meet the leaders of the Hanoi Drama Theater where he is working in the next 2-3 days. After the meeting, the theater will send a detailed report of the case to the Department of Culture and Sports of Hanoi, said People’s Artist Trung Hieu, director of the theater.
The Majorca Daily Bulletin previously reported that Spanish police arrested two famous Vietnamese artists for allegedly raping a 17-year-old British girl on Mallorca Island. The two artists, a 37-year-old actor and a 42-year-old musician were arrested at the hotel on June 25. They were released on bail and banned from leaving Spain. Spanish authorities confiscated their passports and asked them to wait for the decision.