Attending at the event were Argentine Ambassador to Vietnam Juan Carlos Valle Raleigh and Ms. Encarnacion Ezcurra, daughter of journalist Ignacio Ezcurra who comes to Vietnam to commemorate her father who disappeared in Sai Gon in while covering the war.

Director of the War Remnants Museum in Ho Chi Minh City Tran Xuan Thao received objects from Argentine Ambassador, including the book titled Hasta Vietnam (To Vietnam), a collection of articles and photos about American Aggression in Vietnam.
Ignacio Ezcurra was born in 1939 in San Isidro, Argentina. He studied at the University of Missouri and became one of the leading journalists of his time. Ezcurra was best known for his work as the Vietnam's War correspondent for the Argentinian newspaper La Nación. He disappeared while staying in Saigon.
Ignacio Ezcurra also wrote several chronicles about racial problems in the United States, interviewed Martin Luther King and Robert Kennedy, and reported the conflicts in the Middle East the guerrilla warfare in El Salvador. 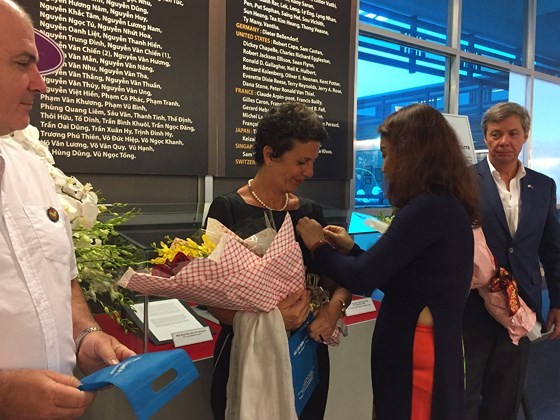