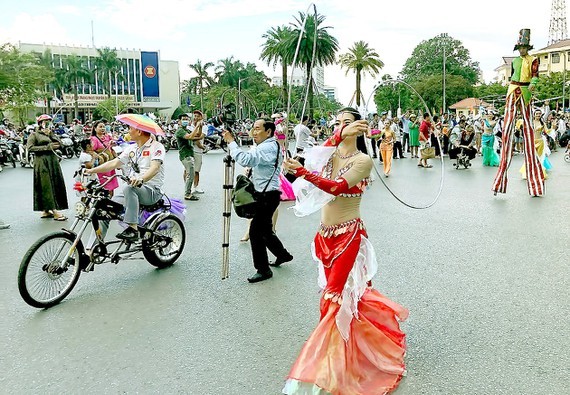 According to Director of the Hue Festival Center Huynh Tien Dat, the three-day festival will bring audiences to enter in the art world of fantasy with parade performances by art troupes from Russia, Brazil and many famous delegations of Vietnam. 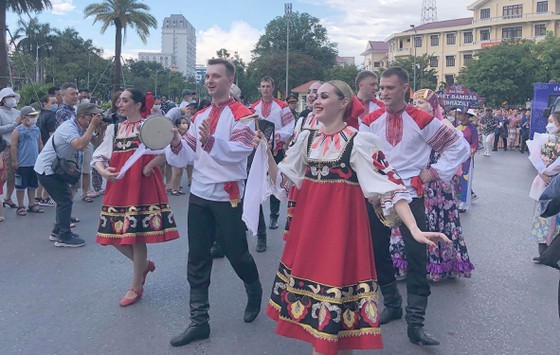 Yesterday afternoon, people and tourists came to the Nguyen Dynasty monument in Hue City to join an exhibition of “Fossil - the journey to discover the origin of life on Earth” with a showcase of hundreds of fossil specimens from hundreds of millions of years to several billions of years ago.