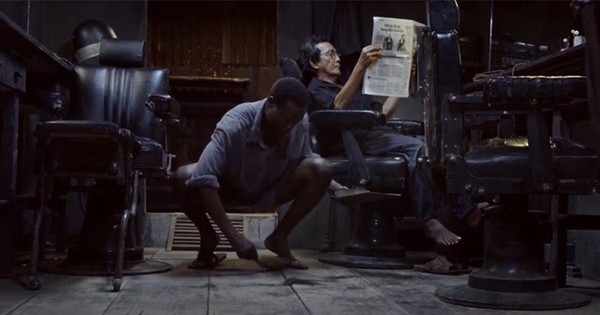 A scene of "Vi"
The online working session were attended by the Cinema Department under the Ministry of Culture, Sports and Tourism, inspectors of the Department of Culture and Sport of HCMC, representatives of the Le Bien Pictures and film producer Dong Thi Phuong Thao.

The movie Vi (Taste)’s renunciation of its Vietnamese nationality hasn't ever happen before in the country. In addition, the film has violated the Vietnam Cinema Law because it is joint film project between Vietnam and a foreign country that producer did not submit their scripts for appraisal in accordance with the regulations, said the Cinema Department.
The Cinema Department earlier has banned the screening of the film that is unsuitable for Vietnamese culture.
The film Vi (Taste) by director Le Bao surpassed 11 other films to win the Special Jury Award in Encounters category, a competitive section devoted to new cinematic vision at the 71st Berlin International Film Festival (Berlinale).
The film reflects a dark and dreamlike world, at the frontier between dream and reality. It is a story about Bassley, a Nigerian footballer living in Vietnam who has been unable to make a living since he broke his leg. He and four middle-aged women he sometimes works for decide to escape the disappointment of their daily lives. They go to an old house where together they create a special world for themselves. But this intimate utopia cannot last forever.