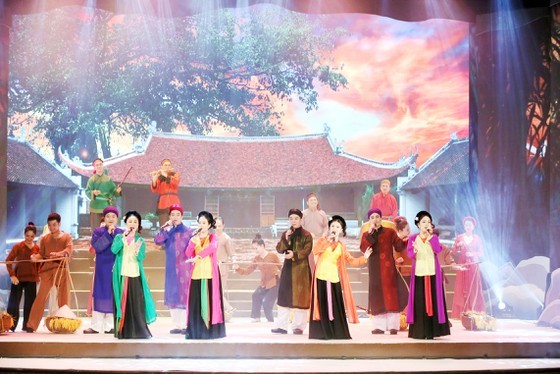 Similar to other countries in the world which consider culture industries as a special one to bring about super-profit, Vietnam lately has witnessed cases of cultural products earning a huge amount of revenue like the film ‘Bo Gia’ (Dad, I’m Sorry - 2021) which has earned VND400 billion (approx. US$17.5 million) domestically.

Dr. Nguyen Dinh Thanh, a marketing expert, commented that cultural industries, or in general the creative industry, not only generate incomes but also strengthen the ‘soft power’ of a nation. Because these industries are mostly based on human’s creativity, its resources are limitless.

Agreeing with the above opinion, Associate Prof. Dr. Nguyen Thi Thu Phuong – Deputy Head of the Vietnam National Institute of Culture and Arts Studies – stated that even though the cultural industries in the country is gradually lessening the gap with other nations in the world, there is still much space for its development since these industries are quite new and are facing certain challenges due to their limits.

Transforming from a traditional culture to a mass production one in order to meet the market demands is not at all easy as there is a need for synchronous investments in infrastructure, environment protection on the way to have a more sustainable development.

In addition, it is necessary to balance between exploiting cultural values for economic benefits and preserving, promoting these values in the inherent space.

This has made the target of the 12 cultural industries contributing 7 percent to the national GDP become quite tough.

Minister of Culture, Sports and Tourism Nguyen Van Hung said that the ‘Cultural Development Strategy until 2030’ only focuses on key missions to address current congestions. This asks for a complete institution, policy, and legal framework.

Prof. Dr. Vu Minh Giang shared that as we are a newbie, we have the advantage of learning from experience of other nations to take shortcuts by making good use of advanced technologies. More importantly, it is not too late for us when we have a clear and complete awareness about the important role of building a culture full of national identity and turning all of our rich culture into a competitive advantage.

By Mai An – Translated by Thanh Tam