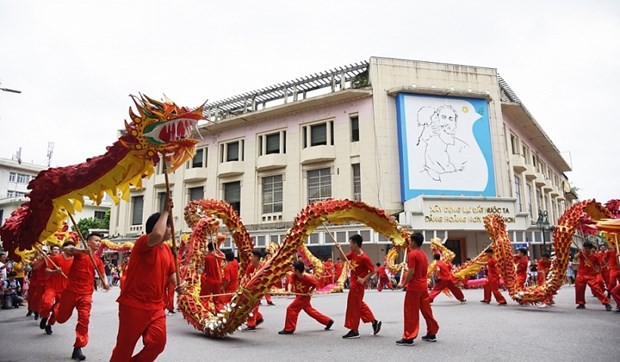 The city plans to raise the cultural industry’s contribution to GRDP to 5 percent by 2025 and 8 percent by 2030.
From now to 2025, Hanoi will focus its efforts on boosting a number of cultural industries in line with local advantages and potential, including cultural tourism, handicraft, performing arts, cinema, designing, culinary, entertainment software and games, advertising, architecture, photography and exhibition, fashion, television and radio and publishing.
By the end of this decade, the capital also sets to turn the cultural industry into a key economic sector driving the others’ growth. This will lay foundation for the capital city to improve local living standards; sustainably, harmoniously and comprehensively boost the economic, cultural and social development; turn itself into a globally-connected, civilized, modern and creative city by 2045.
The municipal People’s Committee has asked its departments and units to raise awareness of the cultural industry among their staff, build support policies and mobilise resources, and expand international cooperation for achieving the goal.