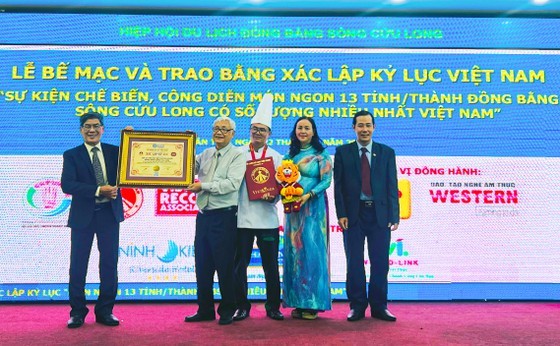 The Organization of Vietnam Records (VietKings) hands over a certificate recognizing the cooking performance of the largest number of dishes from 13 Mekong Delta provinces and cities in the country.
The event attracted 60 artisans and skillful professional cooks from 13 localities in the Mekong Delta region. They were divided into 30 teams with two of each. Every province had two teams that were required to cook from four to six local dishes within 120 minutes.

The contest presented to gastronomers around 130 popular dishes, such as Phu Sa soup made of mangrove apple fruits, Bac Lieu turnip cake, Soc Trang noodle soup, Can Tho grilled pork spring rolls, My Tho noodle soup, Siamese duck served with water caltrop and lotus seed of Dong Thap Province, Tay Do flying snakehead fish of Can Tho City, narrowleaf cattail stuffed duck breast in curry sauce of Bac Lieu Province, snakehead fish spring rolls of Long An Province.
President of the Union of Chefs Associations of Mekong Delta, Nguyen Loc said that the Southern culinary will be named on the cuisine maps of Mekong Delta Vietnam and the world. Food and tourism are two specific factors to attract visitors to the region. 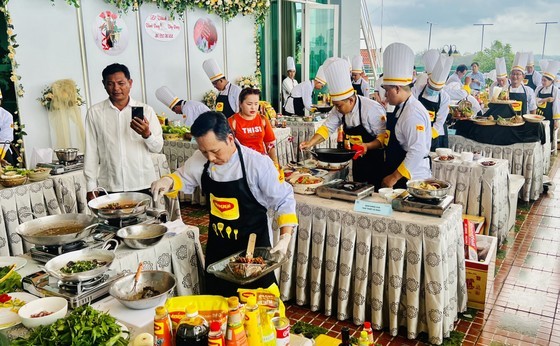 Cooks at the contest 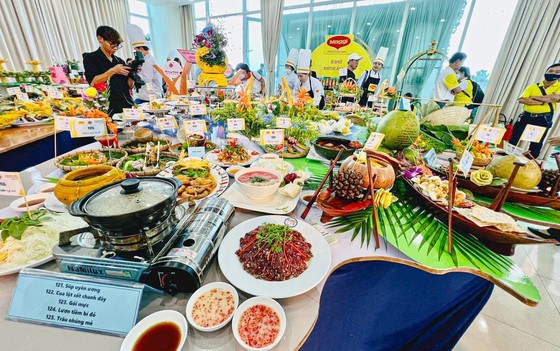 The contest presents to gastronomers around 130 popular dishes.