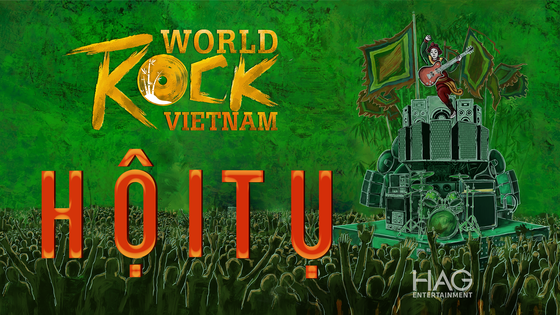 Poster of the event

The Convergence - World Rock Vietnam is organized to make it become a professional playground for each artist to show love for rock music. This is also a place to connect, exchange and inspire between previous generations of rock artists and young Vietnamese and international talents.

The highlight of Convergence - World Rock Vietnam is the performance of 200 rock artists of all genres and ages with classic Vietnamese and international songs. This is the famous form of many Rock Festivals around the world, now recreated with a very Vietnamese soul. The performance promises to create a proud milestone of Vietnamese Rock.

From October 3, Convergence opened an Audition round to bring together young rock artists to join in with well-known singers. The schedule of events under Convergence - World Rock Vietnam as well as the Audition round has been announced on the program's official fanpage.