The event which runs till July 9 features a lot of cultural activities, such as perfromances of arts and southern cuisine, food fair, composite boat race, fruit arrangement contest, displaying giant banh xeo (Vietnamese traditional pancake), performance of Don Ca Tai Tu's music which has been officially recognized by UNESCO as an Intangible Cultural Heritage of Humanity.

Cai Rang Floating Market is on the Hau River which is a part of Mekong Delta river basin. The market is a top tourism destination in Can Tho City and attracts a great number of local and international visitors every year. The UK’s Rough Guide has just elected the Cai Rang Floating Market as one of ten most impressive markets in the world.
Can Tho authorities have launched a project worth VND63 billion to preserve and develop the market from 2016-2020 with a vision towards 2030
Can Tho City draws millions of tourists annually with its main tourism focused on waterway ecological, fruit gardens, traditional culture. Travellers have been interested in tours to Cai Rang and Phong Dien floating markets; Au, Khuong, Son, Tan Loc and Cai Khe islets; fruit gardens. Cruise ships along the river will give visitors a chance to experience the riverside lifestyle; enjoy local delicacies or the Don ca tai tu (Southern traditional amateur music) and much more.
The city has many green tourist areas such as My Khanh, Bang Lang Stork Sanctuary and Binh Thuy orchid garden. It is also a big religious tourist site with many pagodas and temples.
Can Tho has developed a strong and advantageous traffic system whereby tourists can travel by land, air or waterway. It has 17 entertainment areas, more than 200 hotels and thousands of restaurants. 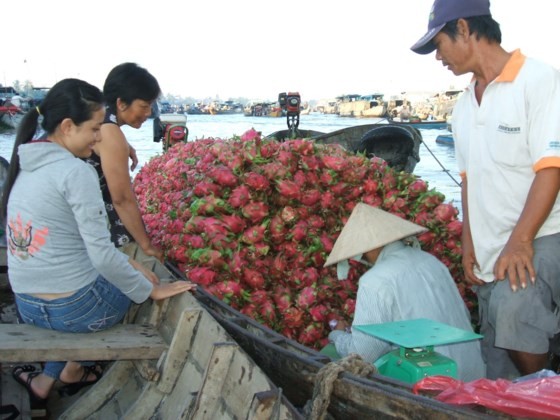 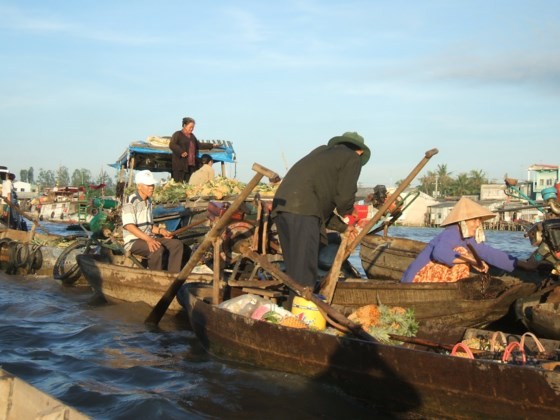