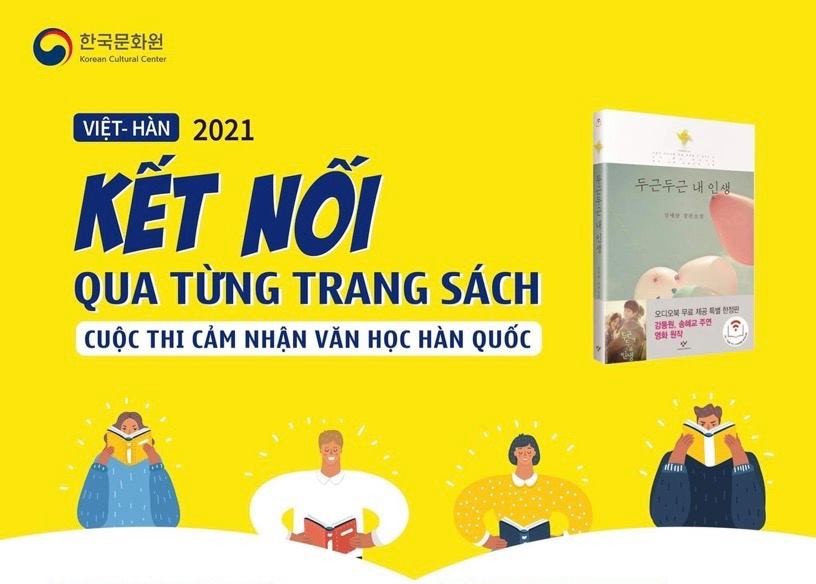 A submission includes 7-12 pages and must be typed using Times New Roman with normal style and font size 14 and single line spacing.

Participants can send their essay and registered form to the website https://vietnam.korean-culture.org/vi or the email address vykhao1408@gmail.com.
Each participant can have only one submission that have not been published or described in any printed publication in this or any foreign country before.
The winner will receive a trip to South Korea or the latest Galaxy folding mobile phone, Samsung Galaxy Z Flip3.
The Korean young author's work has begun to be more widely translated and her novel, The Youngest Parents with the Oldest Child, was brought to the screen as My Brilliant Life by acclaimed film director E J-yong.

Kim Ae-ran is often regarded as one of the most prominent literary voices of a new generation of millennial Koreans, articulating through her writing the challenges they face in a rapidly-changing society.

In related news, the annual short filmmaking contest called The Original Project (TOP) for students of highs schools and universities in Hanoi has been kicked off.

The 7th competition themed the origin of life opens for individuals or groups from now until October 17. A submission is a short film or music video that has a running time of 40 minutes or less.
The contest’s organizer will award titles of Best short film, Best favorite film, Best Script and Best Artist.