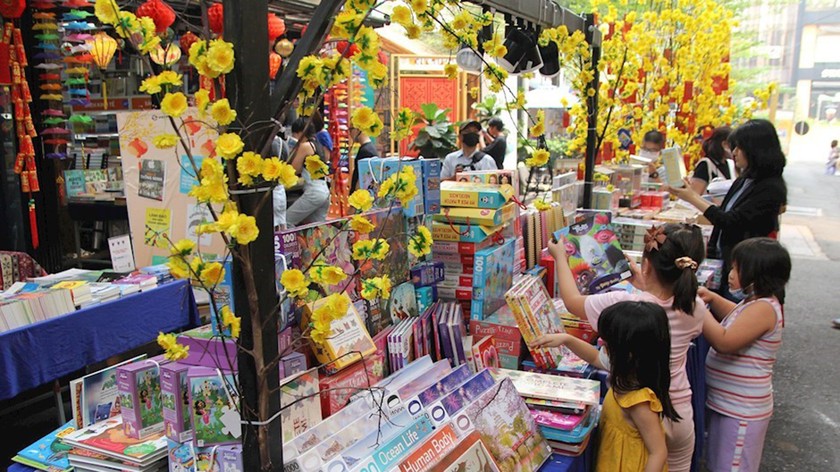 The book fair will be divided into various subjects on every street. Nguyen Hue Boulevard will present to viewers exhibitions of the Party's 92nd founding anniversary (February 3), HCMC’s fight against Covid-19. Ngo Duc Ke and Mac Thi Buoi streets have the subjects of ‘Proud of HCMC’s Children” and “Stimulating the knowledge”.
The HCMC Book Street on Nguyen Van Binh Street will include a book week marking the 92nd anniversary of the establishment of the Communist Party of Vietnam, an exhibition of works and documents of the 13th Party Congress, the introduction of two books of Party General Secretary Nguyen Phu Trong, the history and establishment of the Communist Party of Vietnam and the HCMC Party Committee, an exhibition of Tet issues of newspapers and magazines.
A special art performance will take place at 6:30 pm on February 3.
The annual book street festival marking the lunar New Year attracts more than one million visitors each year. It aims to promote reading and increase knowledge of the culture, traditions and tourism of the city, and highlight Vietnamese’s traditional Tet.