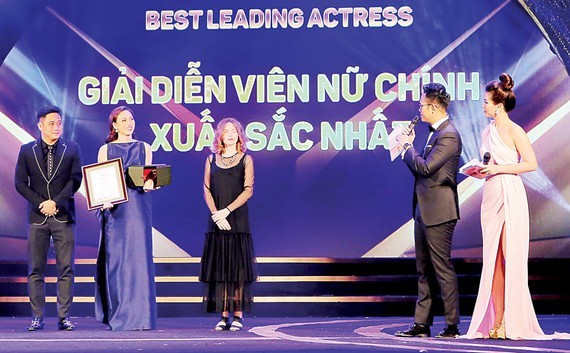 At the award ceremony of the Hanoi International Film Festival (HANIFF) 2018
The event themed “Cinema-humanism, adaption and development” is required to comply with regulations on “Safety, flexibility, and effective control of Covid-19 epidemic” and make every effort to develop the country’s movie industry.

The 6th film fest expects to attract 80 featured films and 35 short pictures. A series of activities will be held during the event, such as “A comprehensive view of world cinema” program, the “Spanish cinema” program commemorating 40 years of friendship between Spain and Vietnam, the introduction of Korean films that won international awards marking the 30th anniversary of diplomatic relations between Vietnam and the Republic of Korea (RoK), the “Vietnamese contemporary movies” program, seminars on Spanish cinema and film production, distribution and promotion after the pandemic, HANIFF Campus and Film Project Market.
The HANIFF aims to honor the best movies, and new talents as well as encourage cooperation among producers and delegates. It is also a venue for the celebration and betterment of both Vietnamese and international cinema as well as giving a chance for local and foreign filmmakers to meet, and exchange experiences and thoughts with each other.