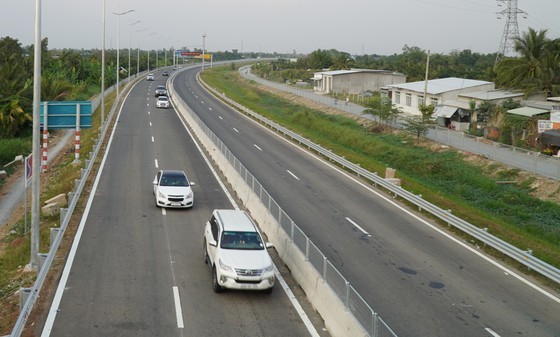 Cao Lanh – An Huu expressway will link up to Trung Luong-My Thuan expressway (in the photo) facilitating travel from the Mekong Delta provinces of Dong Thap, An Giang and Kien Giang to HCMC (Photo: SGGP)

Under the pre-feasibility study report, the project's capital investment proposal is more than VND6, 000 billion (over US$262 million).

The preparation for the construction project will be carried out this year while the site clearance and resettlement will be implemented in 2022-2023. The project is expected to be kicked off in 2023 and completed in 2025.

The Cao Lanh- An Huu expressway project will contribute to the completion of the regional transport system and meeting the demand for transportation on the North of Tien River as well as connecting Dinh Ba International Border Gate in Dong Thap Province and sea ports and Dinh An economic zone in Tra Vinh Province.

By Quoc An – Translated by Kim Khanh