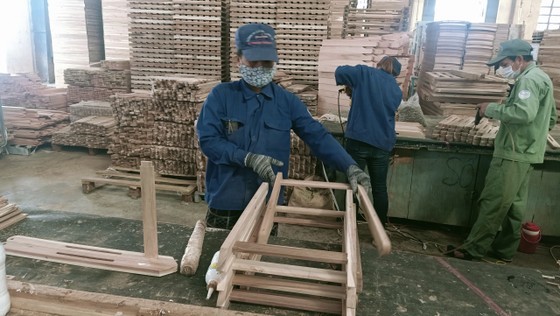 This morning, the office of the Ministry of Agriculture and Rural Development informed the import and export results of agriculture - forestry - fishery in the 11 months of 2022 at a press conference.

Specifically, the 11-month export turnover was about $49.04 billion, up 11.8 percent and the import was about $41.22 billion, up 6.9 percent. Thus, in the past 11 months, the Southeast Asian country's agricultural sector had a trade surplus of $7.82 billion, up 47.8 percent over the same period last year.

Up to now, fresh pomelo is the seventh fruit of the country allowed to be imported into the US market resulting from long-term efforts at negotiation of specialized agencies between the two countries and the persistent companionship of Vietnamese pomelo producers and exporters during negotiation.

In addition to potential export products, some products are at high risk for export. Although forest product exports have generated a very high turnover and trade surplus with a total turnover of $15.59 billion, the EU has very strict traceability of wood materials, so the export of Vietnam’s wood pellets - commonly made of raw materials such as wood chips, sawdust, shavings, bark, crop straw, and other biomass materials - to the EU is still modest.

Companies and exports must invest more to improve equipment and technology because EU standards are now higher than exports to Japan and South Korea, the Ministry of Agriculture and Rural Development assessed.