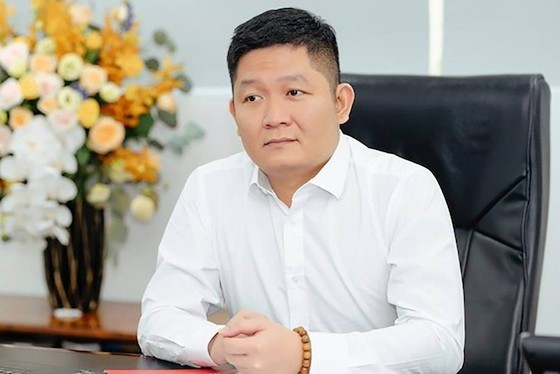 According to the conclusion of the additional investigation, Do Thanh Nhan was the Chairman of Louis Holdings JSC from 2020 to the end of 2021. This company bought shares to own more companies, including six companies listed on the stock exchange, to create an ecosystem. Do Thanh Nhan directly represented three companies. In January 2021, Do Thanh Nhan bought 9 million shares of Bao Thu Industrial Development and Investment JSC (currently Louis Lands Company) with stock code BII, whose business performance was poor and was in danger of being delisted on the exchange. With the advice of Do Duc Nam, Nhan continued to buy and acquire TGG shares of Truong Giang Joint Stock Company (currently Louis Capital Company) at the price of VND1,800 per share.

The conclusion of the additional investigation shows that, after buying a large number of shares, the accused Do Thanh Nhan discussed and agreed to perform the act of manipulating these two stocks to gain illicit profits.

To do this, Nhan registered to open two accounts at Beta Securities Joint Stock Company and Tri Viet Securities Company. At the same time, he directed dozens of trusted employees and relatives to open more securities accounts.

The investigation results determined that, in ten months of 2021, Do Thanh Nhan and Do Duc Nam used those securities accounts to carry out stock trading transactions to create artificial supply and demand to raise the prices of BII and TGG shares.

For investors to buy stocks boldly, the accused Do Thanh Nhan also set up a group on a social network with 10,000 participants and then called on and set a target that the price of BII shares would increase many times higher to attract investors. In mid-September 2021, BII shares peaked at VND33,800 per share, about ten times higher than the price when the defendant bought BII shares, then Do Thanh Nhan and Do Duc Nam sold shares to gain illicit profits. For the TGG shares, the process was similar, causing many investors to lose money. The results of the investigation determined that the total amount of money that the group of the accused Do Thanh Nhan had illegally profited from stock manipulation for the two above stock codes was VND154.7 billion.

By Do Trung – Translated by Thanh Nha