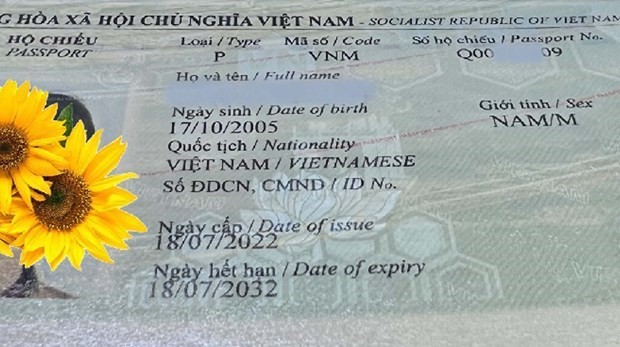 Inside a new-style passport of Vietnam (Photo: VNA)

Vietnam's new passports, which have been issued since July 1, have been temporarily not recognized by Germany as they lack information about one's place of birth. Vietnamese and German authorities are actively working to tackle the problem.

The confirmation issued by the embassy aims to facilitate Vietnamese citizens in Germany to obtain residence permits and conduct other administrative procedures.

According to Minister Counselor Chu Tuan Duc from the embassy, the issuance of new passports will continue to be carried out with the attachment of an associated certificate of birthplace.

Earlier, the German Embassy in Vietnam on July 27 informed that Vietnam’s new passports, whose issuance began on July 1, are temporarily not recognized in Germany due to technical factors. Therefore, their holders will not be issued visas to enter Germany. The German Embassy also recommends that those who have already been granted visas should not enter Germany at this time, because they may be refused entry at the border.