According to Director of the National Center for Hydro-meteorology Forecasting Mr. Mai Van Khiem, the tropical depression entered the middle of the East Sea this morning. 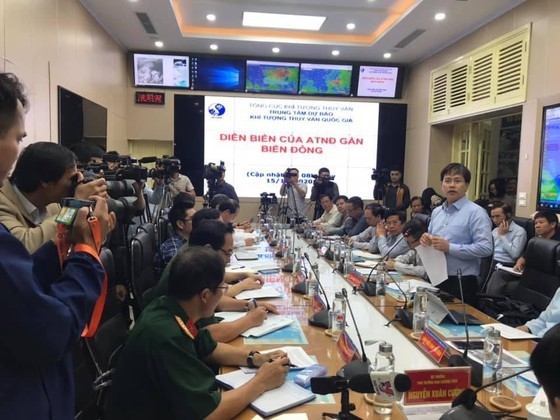 Director of the National Center for Hydro-meteorology Forecasting Mr. Mai Van Khiem informs a path map of tropical depression in the middle of the East Sea

At 7AM today, the dangerous system was at around 14 degrees north latitude and 119.5 degrees east longitude, at 650 kilometers far from northeastward of the Southwest Cay islet.

In next 24 hours, it is expected to travel west- northwestward at a speed of 20-25 kilometers an hour. By 7AM tomorrow, the tropical depression is forecast to fizzle at around 360 kilometers far from north- northeastward of the Southwest Cay islet.  Within next 24-48 hours, it will turn westward and continue to intensify into a new storm.

By 7AM on Saturday, the eye of storm will be centered at about 150 kilometers from eastward of the Central coastal provinces and cities from Da Nang to Phu Yen.

Due to an impact of storm Nangka circulation, the Red River Delta and coastal provinces including Hoa Binh, Yen Bai, Phu Tho and Vinh Phuc continue to experience heavy rainfalls of 100 to 250 mm.

By the morning of October 15, torrential downpour triggering flooding caused 48 dead and missing in the Central region. 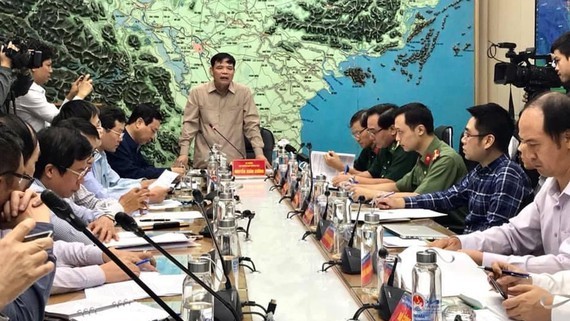 Amid the current complicated flood chaos and the newly-formed tropical depressions, the Central Steering Committee for Natural Disaster Prevention and Control asked the local authorities and functional agencies to manage, instruct and call for vessels and ships anchoring safe places.

Damaged cold in North, mild climate in South before Tet