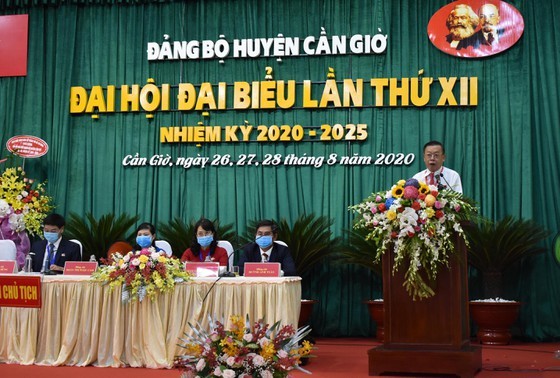 Head of HCMC Commission of Mass Mobilization Nguyen Huu Hiep speaks at the event.
In addition, strategic projects which have been approved by the city’s authoroties are expected to strongly attract investment to boost the economic and social development, especially key projects of Can Gio sea reclamation tourist urban area project, Can Gio Bridge, an upgrade of Rung Sac route, Can Gio-Vung Tau ferry port.

Addressing the event, Head of HCMC Commission of Mass Mobilization Nguyen Huu Hiep asked Can Gio to shift the economic structure to agricultural industry services trade, promote potentials of sea economy and tourism, and turn tourism into a key industry of the district.

Among the important tasks are the construction of new-style rural areas and building a strong sea border area, he added.

On June 12, PM Nguyen Xuan Phuc gave a nod to a project to expand the Can Gio coastal urban area for purposes of tourism from 600 hectares to 2,870 hectares at an estimated cost of US$10 billion.

The People’s Committee of Ho Chi Minh City has approved a detailed zoning plan scaled 1:5,000 of Can Gio urban-tourism area. The sea reclamation project covering on an area of 2,870 hectares is located in a low-lying coastal zone in Long Hoa Commune, Can Thanh Town. City authorities have required relevant agencies and investors to focus on studying and launching climate change adaptation measures in planning and implementing the project.

In adddition, projects of the 3.4km Can Gio Bridge on the Soai Rap River linking Can Gio district with the inner city, an upgrade of Rung Sac route, high-speed boat service connecting HCMC's Bach Dang Wharf and Can Gio District, and neighboring Vung Tau City; helicopter charter service carrying visitors from the downtown city to Can Gio, 17km sea crossing bridge between Can Gio and Vung Tau are expected to be carried out in the upcoming time.

The coastal district is about 50km from the city’s center. Can Gio is a suburban coastal district adjacent to Dong Nai, Vung Tau province to the east, Long An and Tien Giang province to the west. Stretching for 20 km along the coastline, therefore, local people mainly depend on aquaculture, near-shore fishing, salt production, forest management and tourist services for income generation.

The district offers tourist attractions to visitors, such as Monkey Island, Hang Duong Seafood Market , Vam Sat Ecological Tourist Area, Rung Sac (Sac Forest) listed by UNESCO as the world biosphere reserve in Vietnam and the Giong Ca Vo ancient site dating back 2,500-3,000 years. Can Gio is also well-known for the annual Nghinh Ong (Whale Worshiping) Festival that is recoginzed as a National Intangible Cultural Heritage in 2013 by the Ministry of Culture, Sports and Tourism. 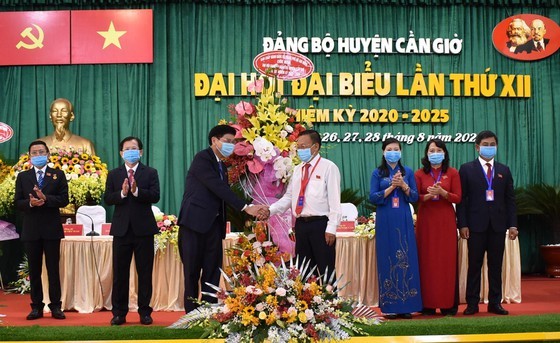 Head of HCMC Commission of Mass Mobilization Nguyen Huu Hiep congratulates the 12th Congress of Can Gio District’s Party Committee for the 2020-2025 tenure. 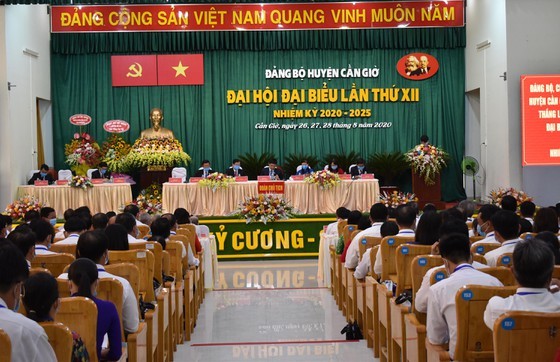 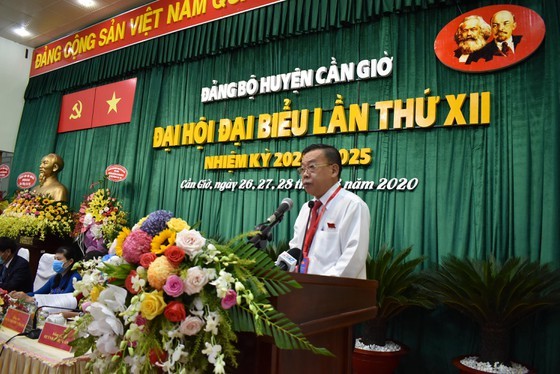 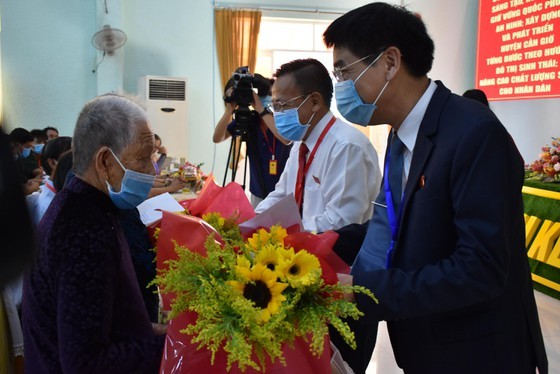