Banks for strict control of credit for real estate 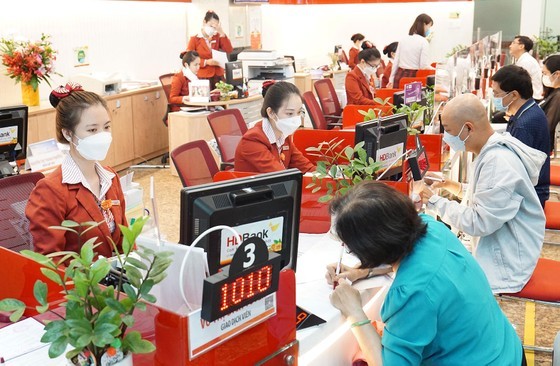 Input interest rates are increasing day by day even though it is difficult for banks to promote lending because of limited credit room. In fact, data from the State Bank shows that credit growth has slowed down in recent months but has been more than twice as high as capital mobilization growth.

As of September 28, credit growth has reached 10.96 percent while credit demand is forecast to increase further in the last months of the year. However, the SBV has so far decided to keep the credit growth target unchanged at 14 percent in 2022.

A leader of a state-owned commercial bank acknowledged that it is very difficult for banks to reduce costs to reduce lending rates by 1-2 percent per year because the interest rate mobilization ground since the beginning of the year has increased by more than 3 percent a year. Due to the slow disbursement of public investment projects, and low capital input into the economy; consequently, this leads to a decrease in bank deposits, and a lack of investment capital in the economy, forcing banks to increase deposit rates to attract deposits.

The tourism sector is considerably expected to make a significant contribution to the economic recovery after the pandemic. However, when more and more tourists returned to Vietnam, tourism agents bumped into the difficulty of capital.

Mr. Tran The Dung, General Director of Fiditour - Vietluxtour, said that tourism businesses mainly borrow unsecured loans, as currently, it is almost impossible to get bank loans. Therefore, businesses have had to manage their capital, mostly calling for contributions from employees or relying on the reputation of leaders to borrow and support the company's operation. Enterprises are also waiting for positive business results of the third quarter of 2022 which enterprises will base on that to ask for a loan so that they have the capital to run the company operation on upcoming peak occasions.

Mr. Lu Nguyen Xuan Vu, General Director of Xuan Nguyen Group to sell honey and turmeric, said that from the beginning of the year until now, businesses have kept the selling price of their products stable, which means they have to compensate for losses when there has been a fluctuation in the foreign exchange rate or bank loans with high-interest rates. But, in the coming period, businesses must study and adjust the selling price accordingly, he said, which can increase the price by 5 percent-10 percent compared to the current one. He moaned that consumers have to buy products at a higher price, they must cut off their spending; thus, it will affect purchasing power, directly affecting the production activities of enterprises.

Before the Covid-19 pandemic outbreaks, companies used to use bank loans of VND30 billion-VND50 billion whereas companies now can only borrow about VND3 billion with an interest rate of 12 percent per year. To make up for the remaining shortfall, shareholders in the company must mobilize personal loans, said Mr. Lu Nguyen Xuan Vu.

Ly Kim Chi, Chairwoman of the Food and Food Association of Ho Chi Minh City, said that this is the peak period when businesses have to import raw materials to serve the production. Recently, the provincial Departments of Industry and Trade had a meeting with businesses about increasing the stock of goods to 40 percent-60 percent to increase the supply of goods during the peak shopping season of the Lunar New Year 2023.

According to the chairwoman, in addition to the quick implementation of the 2-percent-a-year interest rate support in accordance with the Resolution 11/NQ-CP, it is necessary to loosen lending conditions for enterprises to supplement their working capital to serve production and business activities. In addition, commercial banks need to synchronously implement debt freezing policies, extend debt repayment terms, and structure debt - including principal and interest due to help businesses operate better.