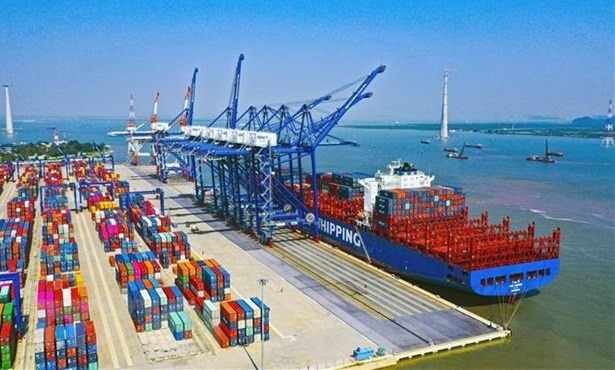 Lach Huyen international sea port in Hai Phong city (Photo: VNA)
The Minister made the remark during a recent conference of the Transport Ministry announcing the master plan.
The plan gives priority to upgrading the system of seaports in northern Hai Phong city, with an aim of turning Lach Huyen into a port serving container cargo, along with the port clusters in Thanh Hoa, Da Nang and Khanh Hoa in the central region, and Cai Mep (Ba Ria-Vung Tau) and Tran De (Soc Trang) in the south.
He said that a specific mechanism will be devised to seek consideration of the Prime Minister.
Deputy Transport Minister Nguyen Xuan Sang said that the plan was among national ones that receive the earliest approval of the Government. It holds significant meaning in realizing socio-economic development and maritime economy strategies.
Under the plan, priority will also be given to international gateway ports, large-scale seaports and those serving tourism development and industrial parks.
Up to 95 percent of about VND313 trillion (nearly US$13.8 billion) needed for the plan’s implementation will be mobilized outside the State budget.