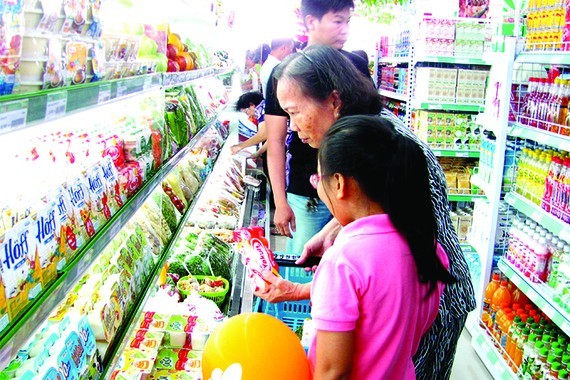 Illustrative image. (Photo: SGGP)
According to GSO General Director Nguyen Thi Huong, the country's socio-economic development in the first six months of 2022 has prospered in most industries and fields, especially processing and manufacturing industry; retail sales of consumer goods and services; and exports.

The agriculture-forestry-fishery sector increased 3.02 percent, contributing 4.56 percent to the overall growth of the economy.

The industry and construction sector was up 8.87 percent, making up 46.85 percent, while the service sector rose by 8.56 percent, contributing 48.59 percent to the general GDP growth, Huong said.

In terms of economic structure in the first two quarters, the agriculture-forestry-fishery sector accounted for 11.05 percent of the country’s economy; the industry-construction and service sectors made up 39.3 percent and 40.63 percent, respectively, the GSO said.