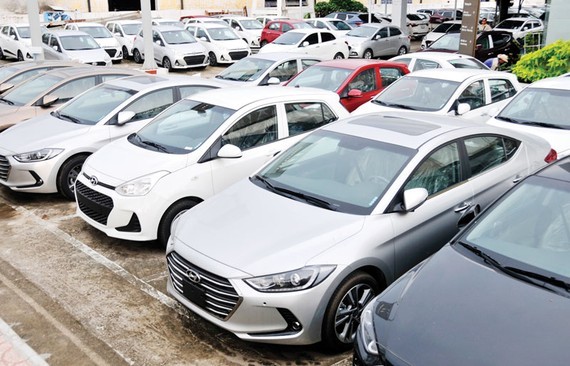 A car shop in HCMC

The US-based news agency cited data from the General Statistics Office of Vietnam (GSO) saying the Vietnamese economy expanded 7.72 percent year-on-year in the April-June period, compared to 5.05 percent of the previous quarter.
That was quicker than the median estimate for a 5.9 percent gain in a Bloomberg survey, and the highest level since at least the first quarter of 2013, it said.
The performance helped lift growth in the first-half to 6.42 percent from a year ago, beating the GSO’s forecast for a 5.5 percent pace. The government targets full-year growth at 6 percent-6.5 percent.
The gains in momentum coincide with Vietnam emerging as one of the alternative destinations for foreign investment amid trade disruptions from China’s lockdowns, the war in Ukraine, and lingering tensions between Beijing and Washington.
The economy also benefited from fiscal stimulus worth about VND347 trillion  (US$15 billion), and an easy monetary policy that makes the State Bank of Vietnam one of the last few to resist the global tightening cycle.
“The economic recovery remained strong despite heightened global uncertainties,” the World Bank said in its June report on Vietnam. “Nevertheless, the authorities should be vigilant about inflation risks associated with continuing rise in prices of fuels and imports,” it said.