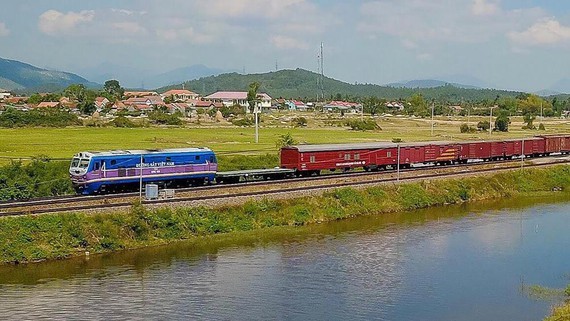 A railway in Vietnam (Photo: SGGP)
Under the planning, the railway industry will renovate and upgrade existing railways, connect with international transport routes; prepare capital and resources to start construction on new routes, with priority given to North-South high-speed ones and those linking with gateway seaports, international airports, and main railways in major cities.
Specifically, the sector will upgrade the seven existing routes with a total length of 2,440km.
Among the nine new railways, there will be a 1,545km north-south high-speed route connecting Hanoi’s Ngoc Hoi station and HCMC’s Thu Thiem station.
The total capital need for both upgrading and building railways will be around VND240 trillion (US$10.5 billion).
By 2030, the volume of goods transported will reach 11.8 million tonnes, accounting for about 0.27 percent of the market share, and the number of transported passengers will reach 460 million, accounting for a market share of about 4.40 percent.