Additionally, both sides need to open trade promotion cooperation forums between Russian and Vietnamese enterprises to promote trade and handle technical problems and reach export and import turnover of US$10 billion as expected, create more favorable export conditions for the agricultural products, thereby progressing to mutual recognition, reducing technical barriers to trade and shortening the approval time for seafood and livestock because this is the basis for businesses of the two countries to continue promoting trade, making the preferences of the Vietnam-Eurasian Economic Union Free Trade Agreement (VN-EAEU FTA). 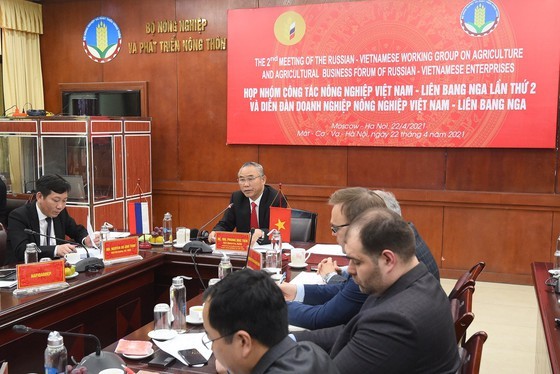 The second meeting of the Russian- Vietnamese working group on agriculture and agricultural business forum of Russian-Vietnamese enterprises
The two countries should focus on cooperation in the science and technology sector, joint ventures, especially modern technology in the processing of agricultural and aquatic products.

The data of the Ministry of Agriculture and Rural Development showed that the export and import value of agricultural products of Vietnam and the foreign partner reached US$1.35 billion in 2018, but the two-way export turnover decreased to US$900 million and US$880 million in 2019 and 2020 respectively. Of which, Vietnam's export turnover to Russia was US$432 million.

By December 2020, the Russian Federation was Vietnam’s 25th largest investor among 144 countries and territories in the agricultural sector with 139 projects and US$944 million.

Last year, Vietnam had about 25 investment projects in the Russia with a total newly licensed investment and increased capital of nearly US$3 billion. 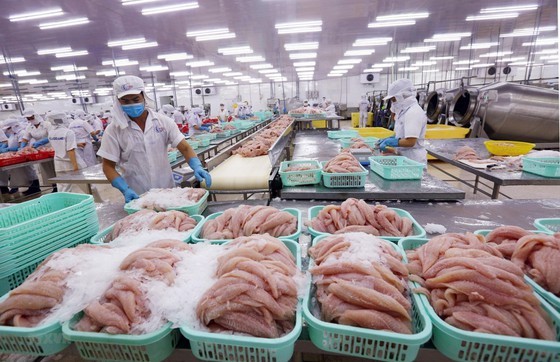 As for the Russian side, Deputy Minister of Agriculture Mr. Sergey Levin said that the business forum on trade promotion of agricultural products between Vietnam and the Russian Federation took place within the framework of the second meeting of the Russian- Vietnamese working group on agriculture and agricultural business forum of Russian-Vietnamese enterprises.  This was considered as an important event, contributing to promoting diplomatic cooperation relations between the two sides in the upcoming time.

Mr. Sergey Levin affirmed that his country wants to develop and expand cooperation relations with Vietnam. In order to consolidate and develop trade relations, the foreign partner will send representatives to Vietnam to work at the Russian Embassy in Hanoi and participate in these activities in Vietnam in the coming time.