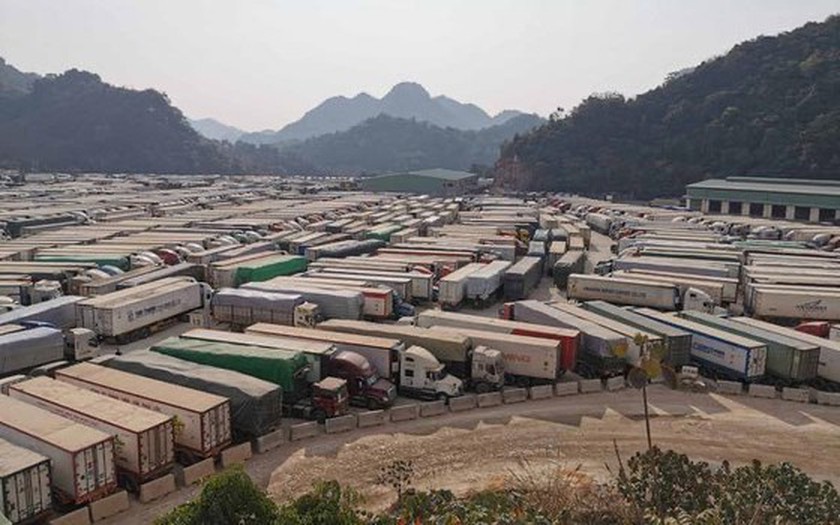 Currently, the country participates in trade agreements, including the recent RCEP– The Regional Comprehensive Economic Partnership.
According to Head of the Department of Agriculture-Rural Area under the Party Central Committee's Economic Commission Nguyen Van Tien, the agency is studying a project to promote agricultural export to China, survey key border gates in the provinces of Lang Son, Quang Ninh and Lao Cai; however, there has been lack of the connection process from production to consumption and weak chains of frozen warehouse and logistics.

The congestion of argicultural products at border gates between Vietnam and China does not only happen this year but also in previous years. To ensure stability in export activities, it is important to synchronize the production, processing and trade to meet the requirements of the Chinese market.

Mr. Nguyen Van Tien also said that the country had to change from production to negotiation and trading, from unofficial to official exportation and have pioneering enterprises and accept that it takes up to nine to ten year negotiation to officially export some products to China.

Currently, Vietnam is bracing for difficulties in exporting fruits and agricultural products. Within recent three to four years, many big factories have been formed in provinces of Son La, Ninh Binh and the Central Highlands and Southeastern region; however, the assurance on quantity and quality of materials for factories, the interregional linkage between planting areas and factories are the biggest issues at the current time.

Hence, enterprises need to develop planting areas linking farmers and cooperatives in accordance with safety procedures to create planting areas codes and geographical instructions which would be favorable for official export activities.

At the current time, China has granted 1,448 product codes for over 1,200 export enterprises. In the upcoming time, the Ministry of Agriculture and Rural Development will continue to collaborate with relevant ministries and agencies to be granted more product codes by China.