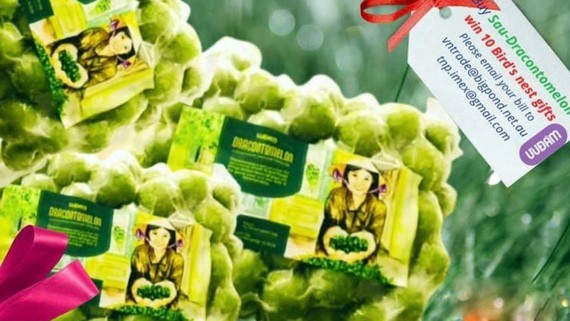 The fruit is introduced by the Vietnam Trade Office in Australia

With the lowest selling price of AUD18 per kg in the Australian market, the shipment would fetch more than AUD390,000 .
As such, with its harvest season lasting from June to September, the potential of the export of the fruit is not inferior to that of other fruits being exported to Australia.
The fruit, called Sau in Vietnamese, is used in Vietnamese cooking for its sour taste. It is also often preserved in sugar to make a cooling drink in summer.
The trade office has worked closely with the Uu Dam company in promoting the fruit in Australia via advertisement on social networks targeting key consumption areas, sales promotion with prizes, and step-by-step introduction to large distribution systems. The office will soon launch an English-language cooking book featuring recipes using the fruit.
According to the agency, although many cities in Australian are under social distancing measures and the transport of goods for export faces many difficulties, in the first half, Vietnam’s export of fruits and vegetables to Australia posted a record growth of more than 52 percent compared to the same period in 2019, reaching more than US$40 million. If other key agricultural products like cashew nut, peppercorn, coffee and rice are included are taken into account, the total export value amounted to $110 million.