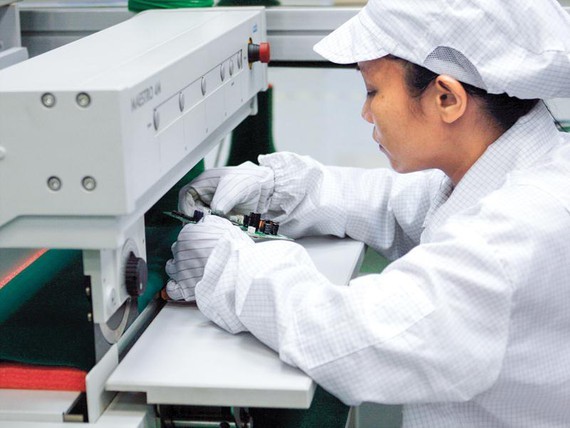 Meanwhile, $4.12 billion had been added into 460 underway projects, a year on year rise of 10.6 percent. Foreign investors also poured $1.61 billion in share purchase deals in Vietnam, according to the ministry.

Meanwhile, the disbursement of FDI in the period rose 6.8 percent year on year to $9.24 billion.

Singapore leads the 80 countries and territories investing in Vietnam with investment of $5.64 billion, followed by Japan with $2.44 billion, and the Republic of Korea with $2.05 billion.

The sector imported $102.6 billion worth of goods in the period, up 38.7 percent year on year. As a result, in the first half of this year, it enjoyed a trade surplus of $13.4 billion including revenue from crude oil.

The MPI also reported a trade deficit of $14.9 billion by domestic businesses.