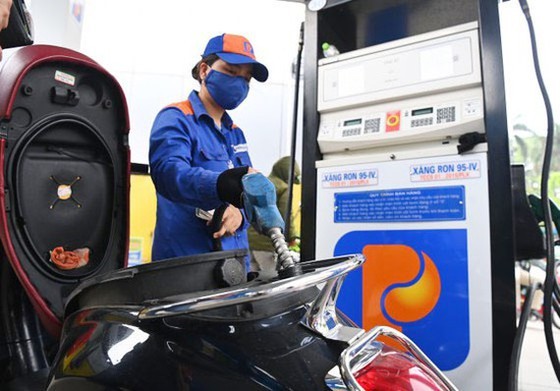 Following the principle of publicity and transparency in the administration of petrol and oil prices in accordance with the Government’s Decree No. 83/2014/ND-CP on petrol and oil trading, the Ministry of Finance on November 18 announced the use of the petroleum price stabilization fund and its interest on the balance of up to the third quarter of 2021.
According to the Ministry’s calculation, just VND824.08 billion has been in the petroleum price stabilization fund by the end of September 30, 2021.
Also as per the Ministry’s announcement, from July 1, 2021 till September 30, 2021, only VND502.28 billion remained in the fund but the government has been shelling out nearly VND802.9 billion for petrol subsidy.
According to the Ministry of Finance, the balance of the petroleum price stabilization fund has dropped sharply since the beginning of 2021 until now. As of December 31, 2020, the total fund balance is VND9,234.6 billion; however, only VND5,340.06 billion remained in the fund by the end of the first quarter of 2021.
Furthermore, it was only VND1,122.9 billion by the end of the second quarter and by the end of the third quarter, it was only VND824.08 billion.
According to the Inter-Ministry of Industry and Trade - Finance, the price stabilization fund has continuously decreased since the beginning of 2021 because of the continuous increase in spending to stabilize retail gasoline prices.
Prior, the average price of a liter of gasoline in rose on November 10 for the fifth consecutive price increase. The price of E5 RON 92 gasoline was VND23,669 a liter while that of RON95-III gasoline was VND24,996 a liter.
This time, the inter-ministries requested to take VND800, 100 VND, VND8 and VND44 from the petroleum price stabilization fund for subsidy of a E5 RON 92 liter; a RON 95 gasoline liter,a liter of diesel and a liter of kerosene respectively.
Price fluctuation in the fuel market has a constantly evolving effect on the logistics industry. Increases in the fuel price have driven transport businesses into more difficulties. Because petrol prices have hit its high of the year when the Covid-19 epidemic was basically under control, transportation activities as well as goods production gradually recovered. However, as the cost of fuel rises, carriers are forced to raise prices or take losses.