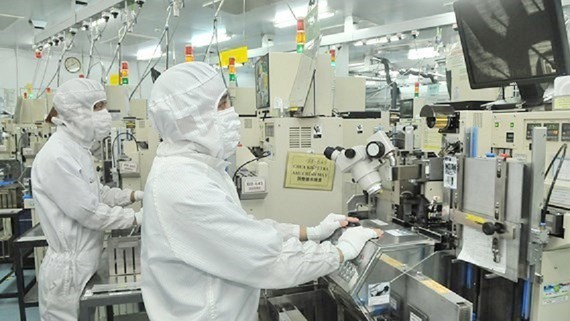 Illustrative image. (Photo: SGGP)
Of the amount, $348 million was poured into 567 new projects, down 7.6 percent in value compared to the same period last year.

Singapore was the biggest investor in the southern hub with 97 new projects totaling $121.8 million, accounting for 35 percent of the total newly-registered capital. It was followed by Japan and the Republic of Korea with 60 and 81 projects worth $60.2 million and $47.1 million, respectively.

Besides, there were 1,797 approved transactions of capital contribution and share purchases by foreign investors in the period with a total value reaching nearly $1.13 billion, down 16.2 percent year-on-year.

The number of valid FDI projects in the city at present is 11,007 with total registered capital of $55.45 billion.