The signing ceremony that took place in Moscow was witnessed by Minister of Industry and Trade Tran Tuan Anh, director of Eurasian Economic Union Sergey Shukhno, Chairman of the board of the Eurasian Business Union Victor Kambolov.

The event was one of the activities during General Secretary of the Party of Vietnam Nguyen Phu Trong’s official visit to Russia at the invitation of Russian President Vladimir Putin from September 5-8.
Under the agreement, T&T Group will cooperate with EABU to implement projects and business activities in member countries of the Eurasian Economic Union and partner countries of EABU.
T&T Group and EABU plan to build the Food City model in Vietnam. T&T Group will provide fund and payment methods for cooperation activities between Vietnamese businesses and members of EABU via Saigon Hanoi Commercial Joint Stock Bank (SHB).
Meanwhile T&T Group signed a strategic cooperation agreement on export and import of frozen catfish with Demi-Group.
Accordingly, Demi-Group will purchase 1,000 tons a month of frozen catfish fillets and steaks from T&T Group and support the Vietnamese enterprise to complete procedures for applying import quota for catfish.

Speaking at the signing ceremony, leader of T&T group stressed that the signing of the Memorandum of Understanding (MoU) between the company and Russian partners will open new cooperation and development opportunities of T&T Group in international market and the Eastern Europe region particularly, affirming the role of the enterprise which has become strategic partners of foreign leading companies.

The cooperation also gives a chance to world’s largest groups to invest in Vietnam and call on the investment in the country’s key projects.
In August 2015, T&T group was granted the investment registration certificate in Russia. The company operates in the fields of exports of consumer goods, handicraft products, Agro-aqua-forestry exports and real estate with a total invested capital of US$25 million.

T&T Group is an economic corporation in multi-industry that has credit and large scale both in Vietnam and Asia. The business specializes in trading, manufacturing and investing in multi-ﬁelds with the main focus on the following sectors of industry, finance, real estate, trade and ex-import, and sports.
On September 6 in Sochi City, Party General Secretary Nguyen Phu Trong and Russian President Vladimir Putin also witnessed the signing of comprehensive strategic cooperation agreement between Saigon Hanoi Commercial Joint Stock Bank (SHB) and International Investment Bank (IIB), and the master financing agreement between SHB and International Bank for Economic Co-Operation (IBEC) 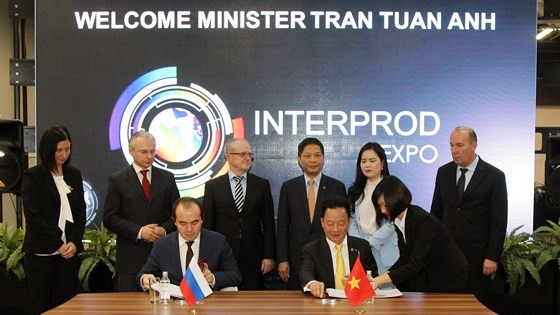 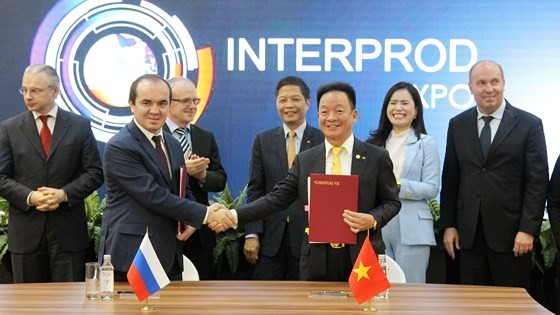 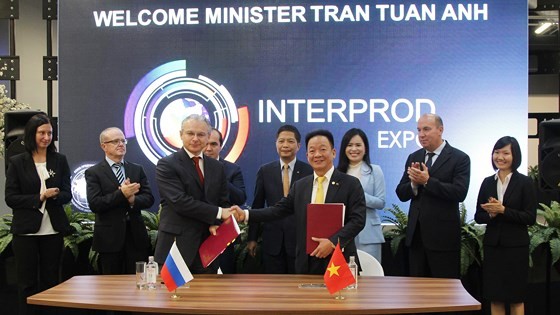