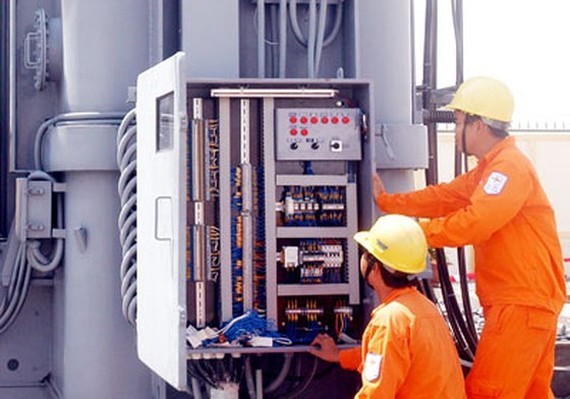 In 2021, when the world encountered much trouble due to the widespread of the Covid-19 pandemic, fuel prices experienced several significant increases. For instance, the price of imported coal once grew by 300 percent during that time. However, in 2021, EVN still reported a profit amount of VND18 trillion ($758.2 million).

Therefore, the public wonder if this announcement of EVN about a financial difficulty and profit loss is merely an excuse for it to rise electricity prices in the future, especially when the Ministry of Industry and Trade has just issued a draft decision to allow EVN to increase the price of domestic electricity when input costs go up by at least 1 percent.

Statistics from EVN reveal that the real cost in 2022 is around VND1,916/kWh ($0.08), while the current retail price is only VND1,864/kWh ($0.07). The applicable regulation states that EVN can increase this price if the cost grows by at least 3 percent, but the draft decision, when approved, will become a basis for EVN to easily increase retail electricity prices.

As a result, experts have suggested that the Ministry of Industry and Trade should reconsider this decision carefully. Also, they request transparency in costs and profits of electricity harnessing and trading. The reason is the sources for electricity production have been abundant lately, and certain solar or wind energy projects cannot even run at their full capacity.

As the prices of other essential commodities, including fuel, are rather high at present, inflation might happen. The approval of electricity price rise now is not at all a wise decision but means more trouble to consumers.

If functional agencies do not want to regulate conditions for electricity price rise, it is better to let this price be operated according to the market mechanism. This means when material prices go up or down, electricity prices should follow the trend. This has been applied in many countries already. A similar mechanism to that of gasoline is also more acceptable than a mere complaint on profit loss for the sake of price rise.

In a long term, it would be more logical to introduce a competitive retail market for electricity, where investors can sell this merchandise to power plants without going through EVN. The law should be adjusted so that the private sector can invest in the power transmission task, which would in turn lead to a more competitive electricity price for the public.