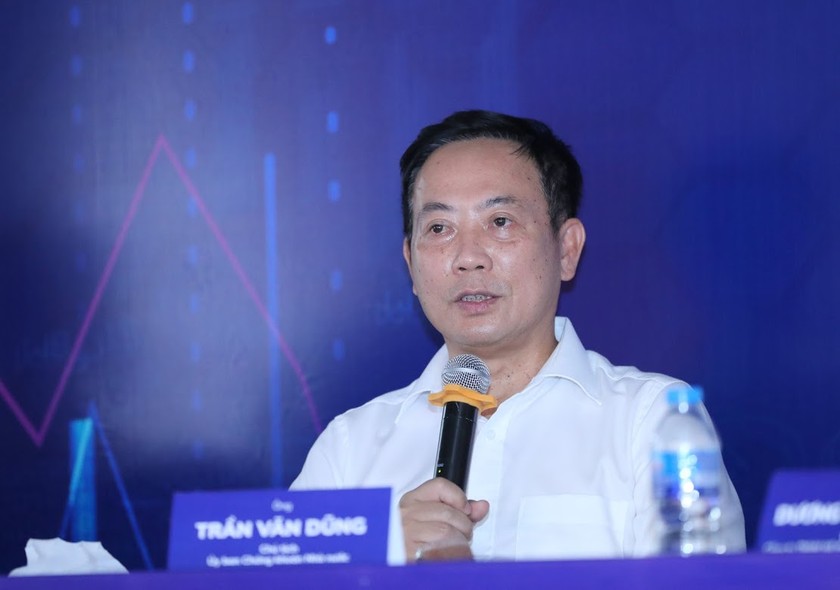 Mr. Tran Van Dung, Chairman of the State Securities Commission. (Photo: SGGP)
According to Mr. Le Hai Tra, General Director of HoSE, on June 24, the Steering Committee on handling order congestion on the HoSE had a meeting with Deputy Minister of Finance Huynh Quang Hai to announce the time for deploying FPT's new system. Accordingly, the stock trading system with the participation of FPT will be completed by the end of June or the beginning of July, increasing the processing capacity of HoSE from 900,000 orders per day to 3-5 million orders per day.

Mr. Le Hai Tra, General Director of HoSE. (Photo: SGGP)
Regarding the situation of editing and canceling orders, according to Mr. Tra, they are all efforts of HoSE and securities companies to handle the number of orders participating in the trading system that causes congestion. By raising the round lot from 10 to 100 shares, with the available data that the HoSE got, the number of orders was reduced by 15-18 percent, there were more matched orders, and the trading value increased. However, these solutions did not last long because the number of new accounts is still forecast to rise.

As for the new information technology system for the entire stock market of Korea (KRX), Mr. Tran Van Dung, Chairman of the State Securities Commission, said that the trial of the system of KRX would take place in about six months, and the system could officially be put into operation by the end of 2021.

By Ha My – Translated by Bao Nghi