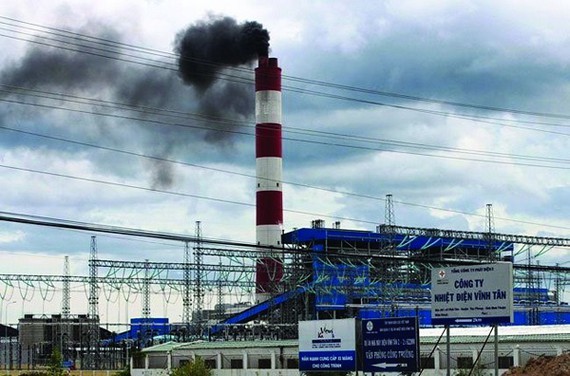 Currently, although there is renewable electricity from wind and sun, it is not yet stable. The program from now until 2025 needs to put into operation about 5,500 MW of renewable power energy, which includes 4,000 MW of wind power and about 1,500 MW of solar power, together with an appropriate storage system to meet capacity demand during peak hours. The nuclear power program had stopped in 2016.
Now there is still need for coal-fired thermal power, and domestic coal is not enough for this, so it is necessary to import foreign coal. By 2025, more and more coal will be needed, while domestic exploitation is becoming stagnant, so coal will continue to be imported.
To speed up the import of coal, Vietnam has asked the Australian Ambassador to find ways to bring coal into Vietnam soon. Australia will supply Vietnam with good quality coal at a reasonable price to have the cost of electricity production at an appropriate level, ensuring enough electricity for our production and social security. Vietnam has also asked the South African Ambassador to connect South African coal owners with Vietnamese colleagues to sign contracts and bring coal to Vietnam. South Africa will sell Vietnam coal of good quality, compatible with the technology of coal-fired power plants and Vietnam's manufacturing industries. In reciprocation, the South African Ambassador suggested that Vietnam buy some of South Africa's products for the Vietnamese market.
The Covid-19 pandemic has gradually been brought under control. The whole world economy is now recovering, and demand for coal is also increasing. Due to the current conflict between Russia and Ukraine, the supply of coal has been disrupted and not meeting the demand, causing coal price to increase to a record high. Now the cost of importing coal will come at prohibitively high prices. Given the present circumstances, the import of coal will require a strategy although several problems will arise in the process.
Since 2015, the coal industry has changed from net export to coal import, mainly to supply new thermal power plants in the Central and Southern regions. However, the quantity is not as large as planned, so this year it will have to be imported urgently to prevent shortage of electricity. However, this is difficult as Vietnam has not really entered the world coal market. The coal market is determined and run by the world's major commercial financial groups. Therefore, it is not easy to access a large and steady supply or avail a good quality coal source.
At the recently COP26 conference, Vietnam and many countries pledged to zero emissions of carbon by 2050. However, while many countries have closed their coal mines, Vietnam still has to struggle to find sources for coal so as to meet the needs of the thermal power plants in the country.