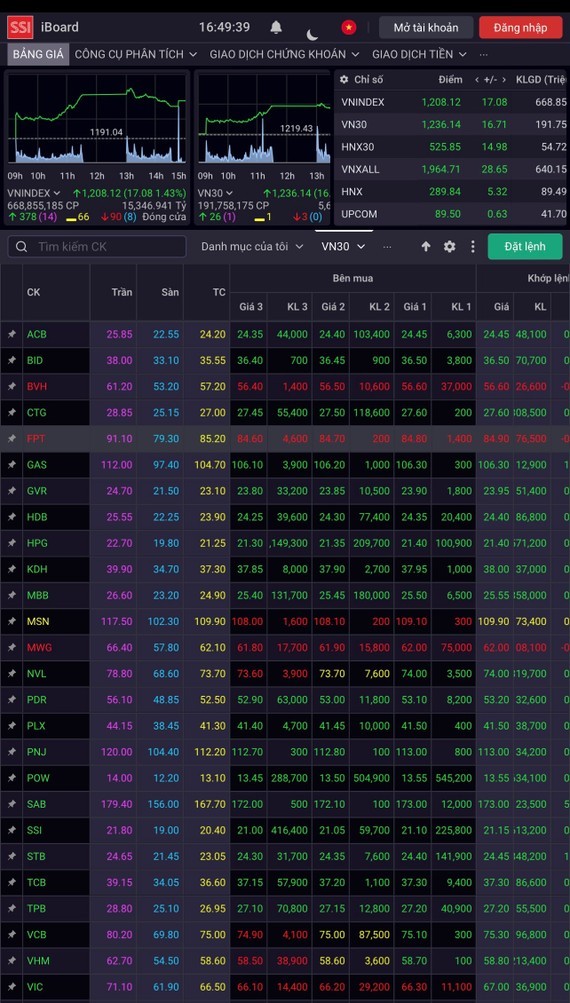 The strong increase in the cash flow made many stock groups, such as banking, securities, real estate, oil and gas, textiles, and steel, simultaneously advance. Among these, many banking stocks rose robustly, making positive contributions to the market, such as STB with an increase of 6.1 percent, MBB with 2.61 percent, BIDV with 2.7 percent, VPB with 2.5 percent, and CTG with 2.2 percent. In addition, industrial park real estate stocks also posted positive gains. Specifically, SZC hit the ceiling, IDC strengthened by 5.59 percent, KBC surged by 4.13 percent, and BCM enhanced by 4.96 percent.

However, some other stocks, such as BVH dropping by 1 percent, DBC hitting the floor, and FPT declining by nearly 2 percent, negatively impacted the VN-Index, sending it down slightly by nearly 2 points compared to the highest level in the trading session.

Market liquidity improved significantly by 76 percent compared to the previous trading session, with a total trading value of VND16.43 trillion. In this session, foreign investors net bought about VND680 billion on the HoSE.