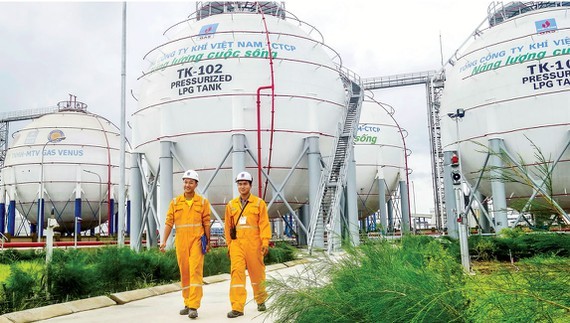 According to analysts, oil prices increased due to the reduction agreement by the Organization of Petroleum Exporting Countries (OPEC) and allies, also known as OPEC+. This reduction agreement of OPEC+ can be seen as a bright spot in the oil and gas industry. In terms of supply, the agreement to cut was the driving force that restrained the world oil supply in the first half of the year.

The increase in oil prices also stemmed from the recovery of oil demand from the bottom, in American and Asian markets. According to statistics, world oil demand is recovering from the bottom of 82.9 million barrels per day since the second quarter of 2020, led by the Americas and Asia-Pacific region. By the end of the second quarter, world oil demand reached 96.8 million barrels per day, up by 3.7%. The recovery in demand depends on getting the pandemic under control from vaccination programs, and getting the world economy back on track.

Volumes are still low compared to record highs, even though oil prices have far outstripped shale's break-even point. In addition, this comes from the fact that shale oil companies are focusing on improving profits rather than output. Due to demand exceeding supply, Brent oil price has increased impressively from $51.8 per barrel to US$75.1 per barrel, equivalent to an increase of 45%. This is the highest price of oil since October 2018. According to Wood Mackenzie forecast, the price of Brent oil may surpass the threshold of $75, not excluding the possibility that the price may rise to US$100 if traders are more optimistic and the market tightens further.

Despite the high oil price, not all oil and gas enterprises in Vietnam benefited in the first six months of 2021. The typical group of listed upstream enterprises is PetroVietnam Technical Services Corporation (PVS) and PetroVietnam Drilling Corporation (PVD). Both of these businesses recorded less than positive business results in the first two quarters of the year. Specifically, revenue and profit after tax of PVS decreased by 35%, reaching VND 5,699 bn, and 16%, reaching VND 347 bn, respectively. Similarly, revenue and profit after tax of PVD decreased by 47% to VND 1,661 bn, and 192% to a negative VND 67 bn, respectively.

Meanwhile, the two companies of the downstream group that made the most impression on the stock market are Binh Son Refining and Petrochemical Joint Stock Company (BSR) and PetroVietnam Oil Corporation (OIL). These two businesses unexpectedly recorded profits in the first two quarters of this year, in contrast to negative profits in the first half of 2020. Specifically, BSR after-tax profit from a huge loss of VND 4,257 bn turned into a huge profit of VND 3,526 bn; and OIL's profit after tax from a loss of VND 350 bn turned into a profit of VND 462 bn.

The peculiarity of the petroleum stocks group is that it trades in the same direction as world oil prices. Accordingly, every time oil price goes up, oil and gas stocks also increase and vice versa. However, this oil price rally did not make investors excited, because oil and gas stocks hardly changed before the good news. For example, in the second half of June, when the oil price surpassed the $75 per barrel mark, the stock market was active, but the oil and gas stocks were only moving sideways. However, when the general market turned down, oil stock was also in the group of strong declines. Even two stocks with impressive business results, BSR and OIL, could not withstand the overall decline in the market.

The fact that the oil and gas stock group did not see much change in the oil price increase was explained by the rising wave at the beginning of the year. At this time, despite the low oil price, oil stocks benefited from the strong capital inflow into the stock market, helping many stocks to record a 50% to 100% increase. However, many opinions believe that oil and gas can be a substitute for bank and steel groups in the coming period on the back of high oil prices.

According to a recent report of SSI Research, the oil and gas stock price in the market has recovered strongly since the beginning of this year. Therefore, the valuation of the entire oil and gas industry has been raised thanks to the strong recovery of oil prices, as well as abundant liquidity pouring into the stock market.

According to calculations, oil prices maintained at above $60 per barrel will be favorable conditions for conducting exploration and production activities and speeding up investment in large projects. According to FiinGroup forecast, profit after tax of petroleum stock group will grow by nearly 741% this year. In fact, oil and gas enterprises have set their business plan for 2021 based on the assumption that the average oil price will be at $45 per barrel, much lower than the current price.

Meanwhile, most enterprises in the midstream group have planned to sharply reduce profits, in the context that oil and gas exploitation activities in Asia have not been promoted despite rising oil prices. Therefore, the ability to exceed the annual profit plan of the oil and gas group is very large. At that time, oil and gas stocks will become the focus of investment in coming time.