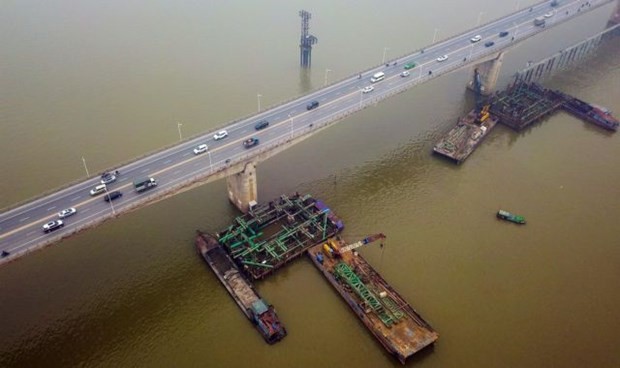 In fact, recent governmental moves have borne out the forecast.

The Ministry of Transport gave the go-ahead to 12 sub-projects in the North-South Expressway Project, second phase, in mid-July. All sub-projects in landing areas of the Long Thanh International Airport Project were planned to begin construction in December.

Three decrees were issued and six working groups were dispatched to speed up the process.

The Government's Resolution No 124 promulgated in mid-September stipulates that public disbursement reach around 95-100 percent of the target set by the Prime Minister. Of which, at least 50 percent of the Socio-Economic Recovery and Development Program must be delivered in 2022.

KBSV projected public investment to accelerate and reach around 90-95 percent of the target this year, equivalent to roughly VND200 trillion (US$8.4 billion) spent in the last four months.

KBSV said the rising public expenditure is expected to give a major boost to the steel sub-industry as higher construction demand drives steel consumption.

The same goes for the stone sub-industry. Major beneficiaries include Hoa An JSC (HOSE: DHA) and Bien Hoa Building Materials Production and Construction JSC, which own Tan Cang and Thien Tan quarries.

Cement is the next sub-industry to benefit from higher public spending. However, the boost from the public sector would be of minor effect as it is absorbed by the supply-demand imbalance in the sub-industry.

The situation is much better for the plastic pipe sub-industry thanks to the fiscal stimulus and the falling prices of PVC, an input material. Tien Phong Plastic JSC (HNX: NTP) is expected to be the largest beneficiary as it operates in an economic zone targeted by public investments.

Higher public spending would be equally beneficial to bitumen sub-industry but the benefit is believed to come late as bitumen surfacing only begins in the last phase of the projects.

PLC (Petrolimex Petrochemical JSC) is a stock worth monitoring in the sub-industry since the company holds roughly 30 percent of the market shares. The company produces around 350,000 tons of bitumen annually, outpacing all rivals.

In the bullish electrical construction sub-industry, REE (Refrigeration Electrical Engineering Corp) is worth monitoring as the company is a prime candidate for the Long Thanh International Airport Project.

Realty firms and logistics firms located in areas adjacent to the projects are believed to benefit indirectly from the fiscal expansion. However, the extent of the benefits depends on various factors, leaving some room for uncertainty.