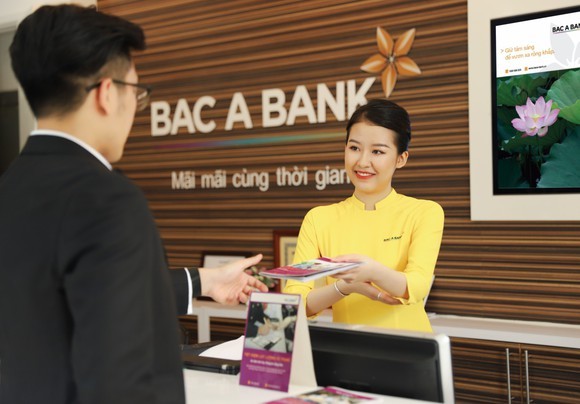 The stock code SHB of Saigon-Hanoi Commercial Joint Stock Bank has continuously been increasing and now has suddenly soared to VND 28,500 per share in the day sessions from less than VND 16,000 per share in the trading session on 10 March. With an increase of up to 80% in less than a month, SHB not only established a historic peak but also became the focus of GSO during this period.

In these sessions, SHB liquidity pushed up very high, with tens of millions of shares transferred in each session. It was this huge demand that helped SHB to have impressive reversal moments, being traded at a sudden drop at ceiling price, with the order to buy millions of shares pushed up at the same time. For example, on the 26 March session nearly 80 million shares matched, equivalent to VND 1,520 bn.

Previously, more than 1.2 billion shares of SSB or Southeast Asia Commercial Joint Stock Bank, also had a wave of rapid increases of 20% on 24 March on HOSE, from reference price of VND 16,800 per share to VND 20,150 per share. Immediately after that, SSB continued to have a series of increases and surpassed the peak of VND 28,000 per share in the session on 31 March. Thus, after only six sessions, SBB recorded an increase of nearly 70%. Although SSB is just a rookie, SSB liquidity is huge with millions of shares traded per session.

Similarly, BAB or North Asia Commercial Joint Stock Bank, moved to list from UPCoM to HNX at reference price of VND 16,000 per share, and increased by 30% right in the session on 12 March, to VND 20,800 per share. The streak of BAB continued to last for many successive sessions, helping this stock to surpass the level of VND 36,000 per share in the session on 12 March. Thus, within only eight sessions, BAB recorded an increase of approximately 130%.

The increase in sessions of the above two stocks caused missed shareholders to decide to pour in money to collect the banking codes with prices below VND 20,000 per share, equivalent to the starting point of SHB. In the opinion of investors, if SHB and SSB go up to nearly VND 30,000 per share, banks with the same starting point cannot have prices below 2.0 but must have an equivalent price.

With this thought, investors did not hesitate to pour capital into many bank shares. In particular, two banking codes, STB of Saigon Thuong Tin Commercial Joint Stock Bank, and EIB of Vietnam Export-Import Commercial Joint Stock Bank, increased to the limit due to huge demand from investors. On 30 March, STB created a liquidity record with nearly 100 million shares transferred, equivalent to a value of VND 2,000 bn.

The fact that SHB suddenly reached its historical peak surprised the stock market because it seemed to have no information outside of its 2021 business plan, with pre-tax profit growing 70% year-on-year. Meanwhile, SHB is facing risks stemming from too fast capital gains in the past. Since 2015, SHB chartered capital has nearly doubled, from VND 9,486 bn to VND 17,558 bn, of which, in the first three quarters of 2020, SHB issued an additional VND 5,552 bn. Capital scale increased rapidly in a short time, while business efficiency increased slowly, and not commensurate with the net profit margin (NIM) of only about 2.8%, but much lower than the industry average of 3.84%.

Although SHB 2021 profit story is still quite vague, for investors this is easier to understand than the case of STB and EIB. STB received less positive information related to the pledge of STB to secure the loan, with the debt balance likely to lose the capital of nearly VND 1,900 bn. Specifically, KLB has cooperated with customers to handle all collaterals related to their loans to a group of customers with collaterals of 176 million shares of STB. As for EIB, the best news comes from the proposed amendment of the regulations to organize the annual shareholders meeting. EIB is currently the only bank unable to hold the 2020 shareholders meeting due to insufficient attendance.

The fact that BAB doubled its price after being listed on the HNX is an unusual and equally mysterious phenomenon. Earlier at the end of 2017, BAB had quietly put 500 million shares to list on UPCoM with a starting price of VND 20,000 per share. BAB listing price surprised investors at that time because it was 1.62 times higher than the book value of VND 12,318 per share, even higher than that of major listed banks at that time. However, despite the suspicions of investors, BAB still increased strongly after being listed, and there was a time when this stock increased to nearly VND 29,000 per share.

Although this rising wave of BAB took place during the time when bank stocks attracted cash flow, it was still questioned by investors because the business activities of BAB were very weak compared to other listed banks. According to the financial statements of 2020, the pre-tax profit of BAB was VND 737 bn, down by 21%. The decrease was mainly due to the sharp increase in the cost of provisioning while the net interest income grew weakly.

Notably, BAB's NPL at the end of 2020 was VND 628 bn, an increase of 25.6% compared to the beginning of the year, and the ratio of NPLs to outstanding loans increased from 0.69% at the end of 2019 to 0.79%. As in the past, the stockholder structure was too condensed and had no major shareholders owning more than 5% of the shares, which was too easy to drive the price of BAB shares.

The rising wave of SSB is also being questioned because the bank shareholder structure is almost similar to BAB. Concentrated shareholder structure is also the reason why SSB liquidity has not increased, especially during ceiling hitting sessions. With this feature, according to analyst forecasts, when the bank waves pass, SSB and BAB will be the first bank stocks to lose liquidity.

On the contrary, investors holding shares of SHB or STB are not too worried about liquidity, but face a huge risk of price decline when stocks enter the adjustment phase. Investors holding SHB shares will not forget the 5 April session. From reference price of VND 27,000 per share, this stock suddenly dropped sharply to floor price of VND 24,300 per share, when the holder suddenly launched an order to sell millions of shares at floor price.