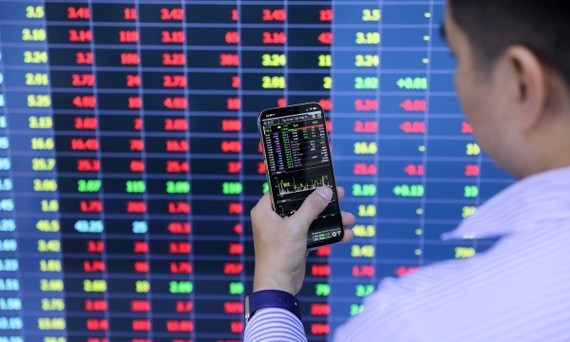 Up till now there were nearly 50 listed enterprises reporting losses in the last quarter, of which nearly 20 enterprises lost over VND 100 bln. Surprisingly, the list of loss-making businesses has a presence in several securities companies which are all businesses that have recorded sudden profits in the previous quarter. According to statistics, the total pre-tax profit of the top 30 leading securities companies is only about VND 3,300 bln, which is down VND 3,000 bln compared to the same period last year and about VND 5,000 bln lower than the fourth quarter of 2021.

For instance, the Rong Viet Securities Company (VDSC) showed a net profit in the second quarter of 2021 at nearly VND 150 bln, but in the last quarter it suddenly reported a loss of nearly VND 234 bln. In the first six months, VDSC net loss after tax was VND 129 bln, while in the same period last year it showed a profit of VND 247 bln. Similarly, the financial report just released by APEC Securities Company (APS) also recorded a loss for shareholders. In the second quarter alone, APS saw a net loss of nearly VND 363 bln, equivalent to a decrease of nearly 9 times compared with the same period last year.

Tien Phong Securities Company (ORS), a member of TPBank group, also announced negative business results in the second quarter despite a strong increase in revenue. Specifically, operating revenue in the period reached VND 660 bln, up 132 percent, but the net profit of ORS was negative by nearly VND 129 bln, while in the same period last year profit was more than VND 54 bln. This is also a record loss of this company since listing on the stock market.

Most of the securities companies lost, in addition to the decrease in brokerage revenue, with the main reason being the loss of self-trading. For instance, Securities Company S. had to sell at a loss of many stocks, and the remaining portfolio is also in a state of heavy loss. Similarly, APS has cut losses on speculative stocks such as IDJ, NBB, TCH, ATT, PHC, and CEO. Not only losing to listed stocks, but APS also suffered heavy losses when investing in unlisted shares of Dinh Vu Steel.

Meanwhile, ORS has cut losses on a series of stocks and bonds in its portfolio, resulting in a loss of financial assets increasing by 488 percent to nearly VND 528 bln. In the second quarter, ORS cut losses for a series of listed stocks with value of more than VND 87 bln, and the loss of unlisted bonds was over VND 280 bln.

According to a representative of ORS, the cause of the loss was due to the high cost, mainly from self-trading, which was affected by a sharp drop in the VN Index. Explaining the cause of the loss, Mr. Nguyen Do Lang, General Director of APS, admitted that the business results were bad largely due to proprietary trading. Mr. Le Minh Hien, Deputy General Director of VDS had a similar explanation, saying that unfavorable stock market movements had strongly affected business results, especially proprietary investment activities and brokerage businesses.

If the domestic securities companies are struggling because of self-trading activities, the foreign securities companies are still well despite the negative movements of the general market. Typically, KB Securities Vietnam (KBSV) with a profit after tax of nearly VND 76 bln, is up by 21 percent. KBSV positive business results were due to the high revenue from the margin lending segment. On the other hand, completing the increase of charter capital also helped enterprises to have abundant capital for business activities.

Similarly, Mirae Asset Securities (MAS) is also a foreign securities company that recorded positive business results in the second quarter. Accordingly, the main business segment of margin lending maintained good growth plus the income from the investment segment held to maturity increasing by 88 percent over the same period. This is the factor that helped MAS report pre-tax profit increase by 11 percent to VND 239 bln, and profit after tax also increased 30 percent to VND 195 bln.