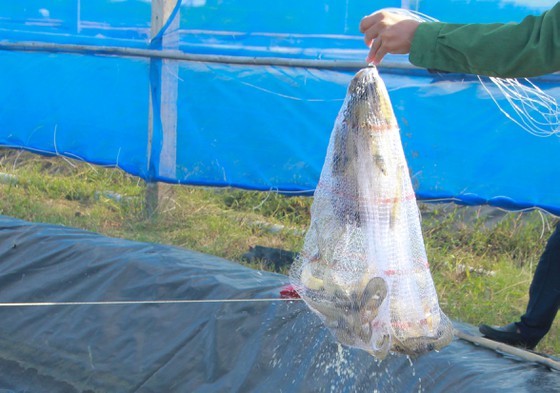 Specifically, the export turnover reached $1.28 billion exceeding 28 percent of the plan and increasing 14.8 percent over the same period in 2020. Of the amount, export of aquatic products, mainly shrimp, reached $1. 03 billion, up 22.91 percent over the same period while rice export reached $213 million.
In 2021, the province raised 53,000 hectares of shrimp, up 4 percent compared to the plan and up nearly 2.5 percent compared to 2020. 40,000-hectare farms were for raising white-leg shrimp accounting for 75.5 percent of the farming area and 13,000-hectare farms for tiger shrimp.
With a shrimp export value of $1.03 billion, Soc Trang has become a locality with a high export turnover.
The director of Soc Trang province's Department of Industry and Trade said that more than 20 companies in the province are processing shrimp for export.